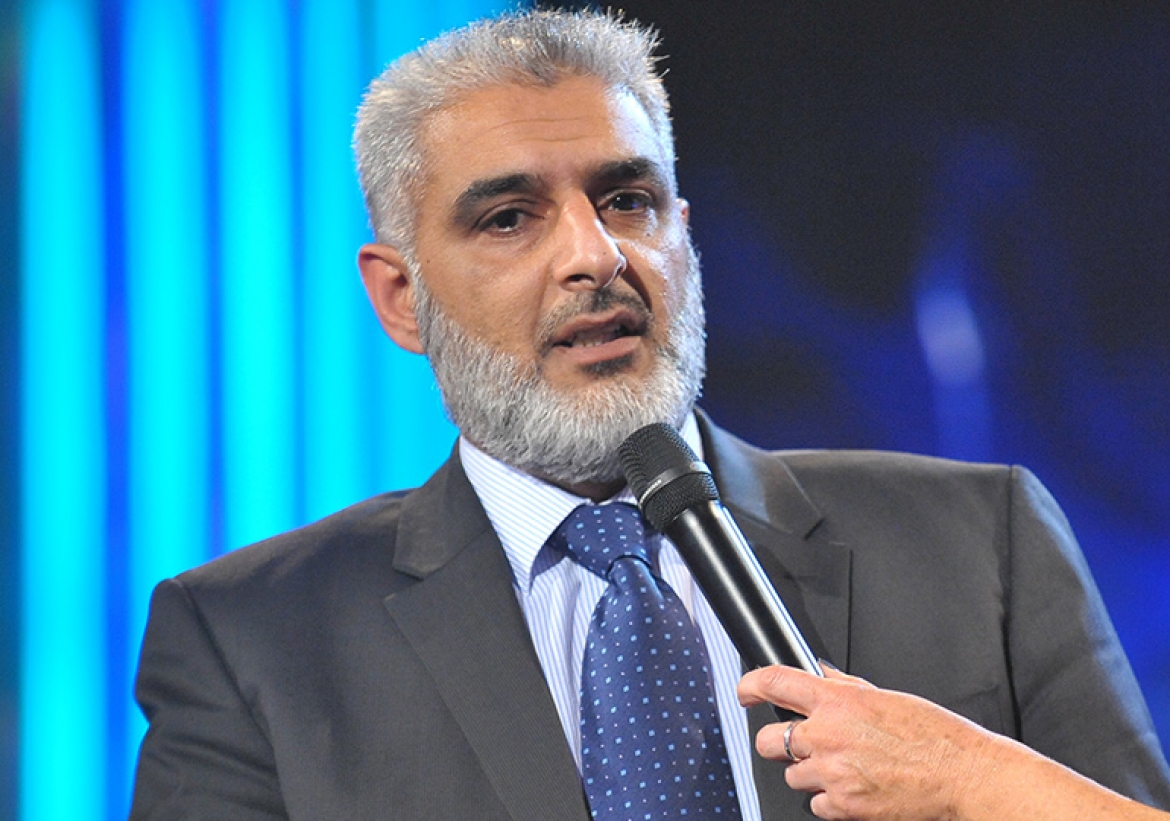 When the streets of Britain burned in the August riots, one man stood out above all others for his remarkable courage and compassion.

Grieving father Tariq Jahan came to personify the indomitable spirit of the British people when he made an impassioned plea for calm after his son Haroon was killed in the violence.

Amid the carnage and crime, his became the voice of sanity and reason.

The police were in no doubt that his intervention helped prevent a tinderbox of emotions explode into more violence.

Both Prime Minister David Cameron and Labour leader Ed Miliband singled him out for praise for his part in reducing tensions.

Tariq made his passionate call for calm after Haroon, 21, was one of three young men run over and killed while trying to protect their community in Birmingham.

Tariq, 45, had rushed to help the victims without knowing that his son was among them. First he tried to revive Shahzad Ali, 30, a business graduate whose wife was five months pregnant, and his brother Abdul Musavir, 31.

Then, when he turned over the third victim who was lying face down, he was horrified to see that it was his own son.

Covered in blood, Tariq battled to save Haroon's life without success.

Racial tensions quickly rose following the most tragic incident in four nights of rioting across Britain.

And just hours after his son"s death, Tariq took a stand outside his home and issued a heartfelt plea for peace.

He urged people not to take the law into their own hands as police feared revenge attacks would spark a tide of racial violence in the city.

Tariq told the crowds: "Blacks, Asians, whites – we all live in the same community. Why do we have to kill one another?

"Why are we doing this? Step forward if you want to lose your sons. Otherwise, calm down and go home… please." Tariq repeated his appeal at meetings, rallies and to individuals, maintaining inspirational dignity and calm.

He said: "My son was a good lad. I can"t describe to anyone what it feels like to lose your son. I miss him dearly."

West Midlands Chief Constable Chris Sims says: "His intervention was one of the most generous and far-sighted I think I"ve ever seen at what was a moment of absolute personal grief and devastation.

"His words were so powerful, so heartfelt and so spontaneous that I think anyone who heard them must have been moved.

"They were decisive in terms of Birmingham not suffering violence between communities."

More than 20,000 mourners attended an open-air funeral service for the three dead men.

And at a time when many despaired for Britain itself, brave Tariq showed why the killers, looters and thugs will never win.