A helping hand for the nation’s unsung heroes

For more than 20 years, Pride of Britain has celebrated amazing unsung heroes. And one thing we have learned is that for every Pride of Britain winner, there are thousands of people all over the country who are also doing their bit to help others. Without their community spirit, Britain would be a much poorer place to live.

Whether it's giving kids safe places to play, looking out for neighbours, giving young people hope or simply planting flowers to make their neighbourhood just a little bit brighter, they are all unsung heroes too. And now all of us at Pride of Britain are delighted to give them a helping hand with the Pride of Britain Fund.

The Fund will support community groups and local charities with money for their vital work. One of the first groups to benefit is N-Gage, a wonderful youth charity set up by one of our Pride of Manchester winners, Christie Spurling. Here is his story, and how you can donate to help the Fund support amazing unsung heroes just like Christie. 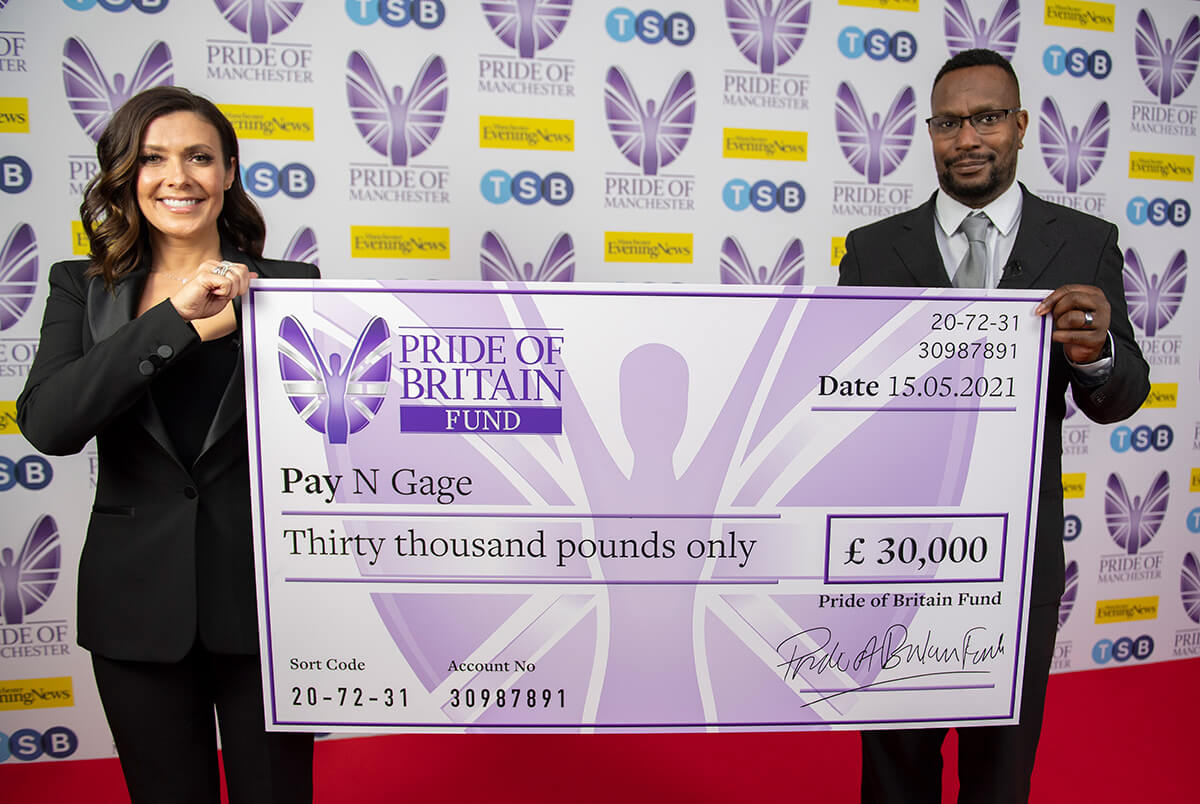 Now he is set to reach even more children and teenagers thanks to a £30,000 grant from the Pride of Britain Fund.

Christie is the founder of the N-Gage project, which helps kids at risk of educational or social exclusion through mentoring and one-to-one support.

His drive and commitment was recognised with the new Marcus Rashford Children's Champion award at Pride of Manchester in May.

And he was speechless when host Kym Marsh surprised him with news of the donation on stage.

The funding will help the charity buy a mobile youth club to engage with young people in the places they hang out. The converted 25-seater bus will be kitted out with games consoles, tablets and music technology.

“I had absolutely no idea,” said Christie. “It was so unexpected. I was delighted just being there and receiving this tremendous Pride of Manchester award.

“Then this huge cheque was wheeled out. I was in shock. When I saw how much was written out to the charity I was speechless and felt quite emotional. After a tough 15 months with the pandemic it was so nice to be recognised and have something so positive happen to us.

“It’s a huge amount of money and will make a massive difference. When it sank in I felt excited. It will help so many young people.

“We hope the bus will be ready for use sometime after September. Young people are not always comfortable coming along to our centre. Sometimes they are wary of there being a stigma attached but having a mobile youth centre means we can go to them.”