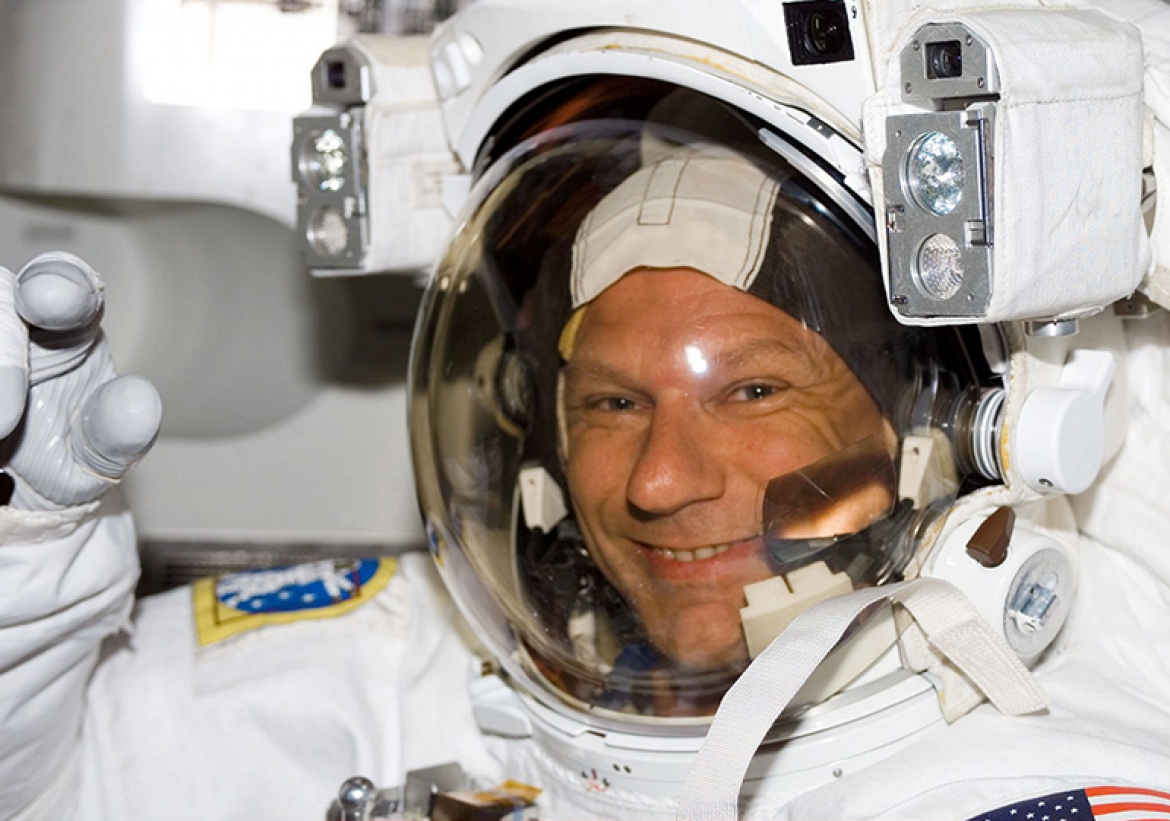 Most youngsters with dreams of being spacemen forget them as they grow up but not Piers Sellers, who this year broke the British record for the longest amount of time space-walking.

The astronaut, who was born in Crowborough, East Sussex, completed his second mission to the International Space Station (ISS) in July, taking part in three space-walks during the 13-day mission.

Harnessed to the Discovery shuttle as he carried out experiments, Dr Sellers, 51, surpassed British astronaut Michael Foale's space-walking record of 22 hours and 14 minutes, by bringing his total to almost 41 hours.

He has spent more than 559 hours in space and is the third Briton to fly to space.

Ever since Russian cosmonaut Yuri Gagarin became the first man in space the day after Pier's sixth birthday, Piers has been fascinated. As a boy he made space flight models, flew his own model aircraft from 14 and later became a member of the Air Training Corps where he flew for his own private pilot's licence at 17.

Piers left Cranbrook School in Kent in 1976 to study an Ecology degree at the University of Edinburgh before studying for a Phd in Biometeorology at Leeds University until 1981, where he met his wife Mandy.

The couple moved to America in 1982 where he worked for NASA studying weather patterns.

With Britain not funding space exploration, Piers became a US citizen in 1991 so he could be considered for NASA's space programme. Five years later in 1996 he was selected and began his two years' training.

Piers, who lives with Mandy and their two children, Imogen 21, and Tom 18, in Austin, Texas, says: "Getting into the Astronaut Corps kind of crept up on me.

"I was pretty passionate about science and flying. I guess I never shut the door on an option for doing it, just in case life worked out that way."

His first space mission was in October 2002, where he clocked up 19 hours and 41 minutes of EVA (Extravehicular Activity) during three space walks to help install the third piece of the ISS.

During this summer's mission Piers spent 22 EVA hours during three walks with fellow astronaut Mike Fossum to carry out repairs and test repair techniques designed to prevent another disaster like Columbia when seven crew were killed in 2003.

During his second space walk Piers said: "It's like standing in an all-round Imax (3D cinema). It's just beautiful."

Piers has not forgotten his British roots. On his first mission he took a copy of Cranbrook School's charter, which he and fellow astronauts signed before he presented it to the school on his return. The school's observatory is named after him.