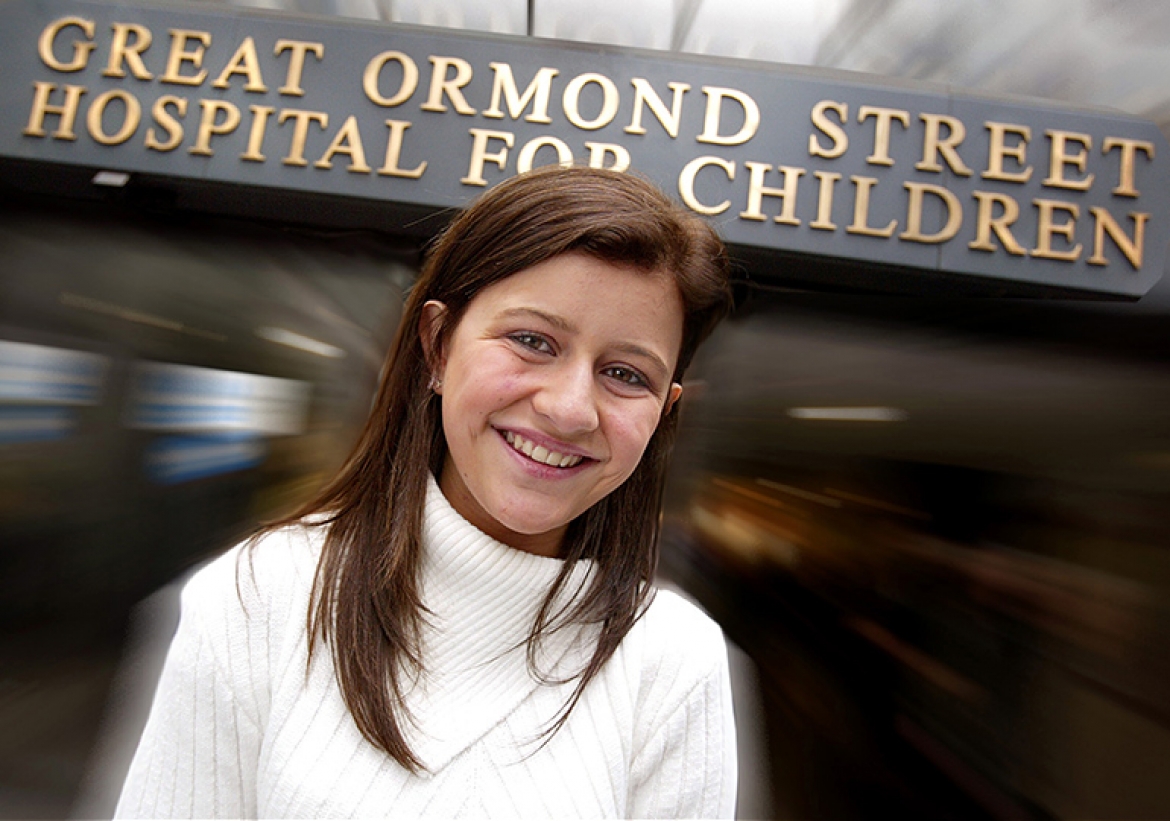 Imagine standing up in front of hundreds of people and delivering a powerful and moving speech - at the age of just ten.

Kirsteen Lupton, now 12, will do anything to help Great Ormond Street and has taken part in dozens of events to raise a staggering £767,000 for the hospital.

Despite the setback of serious illness, she has no qualms about standing up and speaking at charity events - and has even received a standing ovation.

Kirsteen, from Glasgow, was born with her bladder outside her body and has had to endure more than 15 major operations which have left her in terrible pain.

But the brave youngster was determined to give something back to the hospital that treated her and set out to raise funds.

At one event she raised £20,000 in just ten minutes after auctioning off her own signature at a ball.

"I wanted to give something back to the hospital for being so good to me so I wrote to ask if they could give me any tips on fundraising", says Kirsteen. "It all started from there.

"I do get worried before I make a speech in case I mess it up but I love doing it and I'm not nervous once I get started!"

Kirsteen takes part in various fundraising events, be it modelling at a fashion show, speaking at corporate functions or arranging for the proceeds of her school play to go to the charity.

She says: "When I give a speech I explain why I was at the hospital and tell people about my experiences there. Then I thank people for fundraising and tell people how important it is to raise money.

"I really would do absolutely anything for Great Ormond Street, no matter what it was, because they've helped me so much."

Kirsteen also talks to other children at GOSH with similar illnesses as well as their parents to help them come to terms with what they are going through.

GOSH spokeswoman Clare Cook said: "Kirsteeen is a truly remarkable young woman. Despite overcoming her own life threatening condition she has made an invaluable contribution to many of Great Ormond Street's fundraising events and initiatives, subsequently making a significant difference to the lives of children just like her who are treated at the hospital."

Kirsteen's condition is called bladder exstrophy and affects just one in 40,000 births.

Within minutes of birth she was taken to the operating theatre for five hours of emergency surgery.

Although Kirsteen's final operation was a success she will have to use a catheter for the rest of her life.

But her bubbly personality and confidence has amazed everyone and she hopes to become a doctor when she is older.

Her father Martin, 45, says: "We are so proud of her. It's amazing how she gets up in front of people and makes these speeches, she doesn't have a nerve in her!"