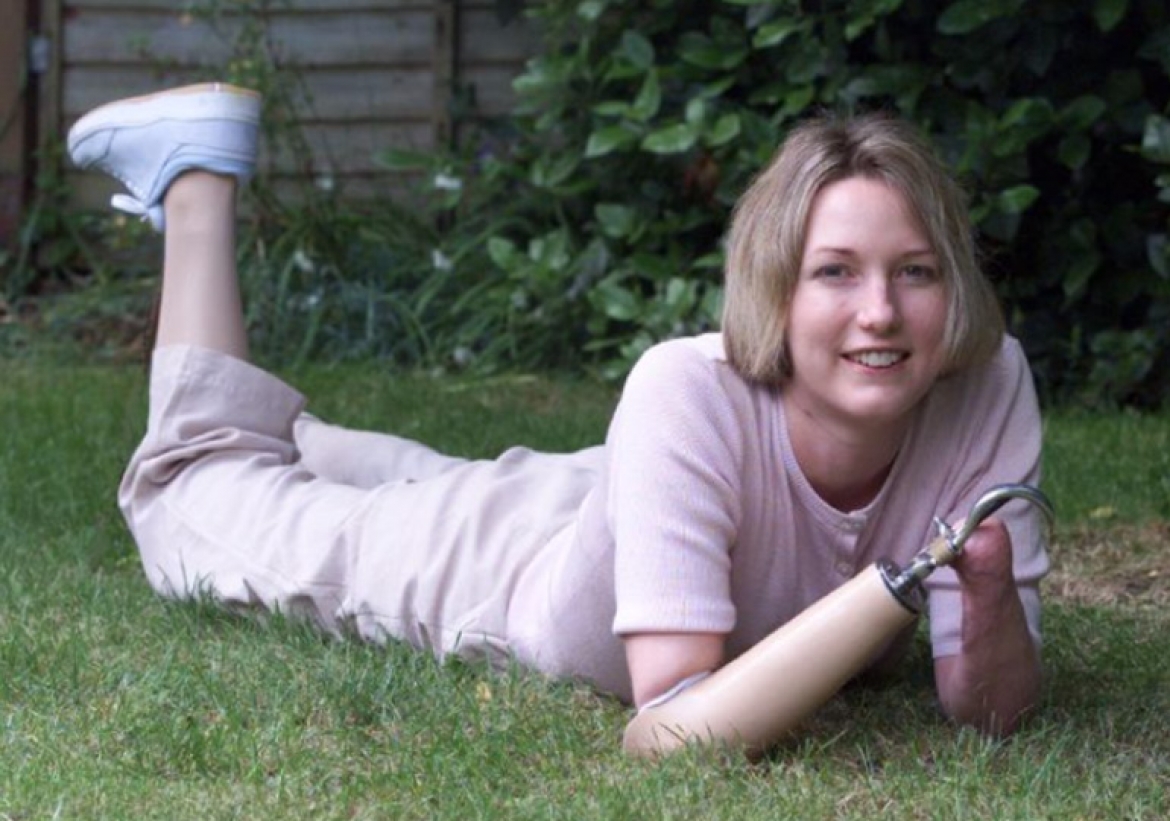 Helen Smith was a gifted student with a bright future when she was struck by a cruel and devastating blow.

She was 24 and had just started studying for a doctorate at London's Imperial College after graduating in biology from Bath University when she was struck down with virulent meningococcal septicaemia.

As she lay in a coma for three weeks, surgeons amputated both her legs.

Most of one arm had to be removed and her other hand amputated.

Her internal organs were affected by the poisoning, too, and in all she endured 17 operations.

Before her illness, Helen had been a talented pianist, having passed her teaching exams.

She was also an accomplished sportswoman and enjoyed Latin dancing.

More than anything, she wanted to lead a "normal" life again.

But her pleas for realistic-looking prosthetics that would make that possible were turned down because they are available only from a private clinic.

Instead, she was given a hook for one arm and false legs which didn't fit.

Helen took on her local health authority and even offered to pay most of the cost after raising £65,000.

But the answer was No.

Thousands of Mirror readers moved and angered by her plight donated more than £20,000 - and next month she is due to get the full set of limbs she has worked so hard for.

Helen, who counsels other amputees and their families, was nominated by model Heather Mills, who lost her left leg when she was run down by a police motorcycle in 1993.