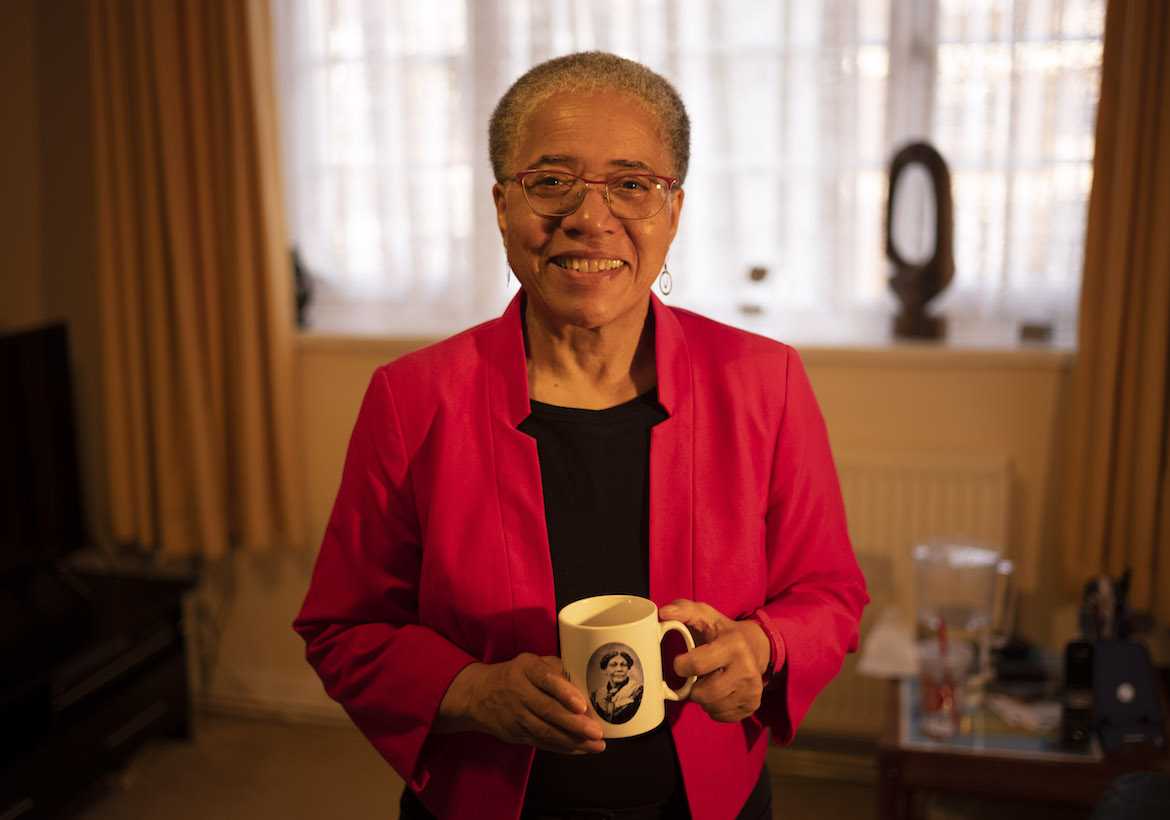 Born in 1947 to a 20-year-old Irish student and a Nigerian law student, Elizabeth’s early life was dogged by racism and the stigma of illegitimacy. Shame led her family to put her in a home run by Catholic nuns.
It was a childhood filled with cruelty – in one children’s home she was made to stand with a urine-soaked sheet over her head as a punishment for wetting the bed.
But a caring nursing nun who treated her eczema when she was four inspired her to want to become a nurse. And at 16 she started working as a school nursing assistant in Wolverhampton. It was the start of a 50-year career as a nurse, tutor and professor.
Her passion for challenging inequalities in healthcare led her – alongside Dr Misha Brozovic – to set up the UK’s first Sickle Cell and Thalassaemia Screening and Counselling Centre in 1979.
It is a condition mostly found in African and Caribbean communities and at the time was often overlooked within the NHS. Dame Elizabeth, now 72, became the UK’s first sickle cell nurse specialist.
She was also involved in setting up the Sickle Cell Society, which this year celebrated its 40th anniversary.
Dame Elizabeth says: “In the early 1970s I was a health visitor working in Brent and I had three families with children suffering with sickle cell anemia. There was absolutely no information available for them. I had not been taught anything about the condition. That left me absolutely fuming and embarrassed that I could not help them.
“That is when I first realised things had to change, and made it my mission to raise the profile of this disease. I was quite an activist. There was such a thirst for knowledge that we were busy right from the start.
“People from diverse cultures are not always valued and still sometimes just seen as problems.”
Today she is a Patron of the Sickle Cell Society, the Nigerian Nurses Charitable Association and the Sickle & Thalassaemia Association of Nurses, Midwives and Allied Professionals.
And she has chaired a series of projects for the NHS Sickle and Thalassaemia Screening Programme.
Dame Elizabeth, now Emeritus Professor of Nursing at the University of West London, also co-led a campaign to have a statue of the nurse Mary Seacole erected at St. Thomas’ Hospital in 2016.
She says: “When I look back at my life, it’s kind of a combination of the memoir Philomena and Barack Obama’s Dream from my Father. I did have a tough upbringing. When I tell people my story they wonder that I didn’t end up in a psychiatric unit or addicted to something.”