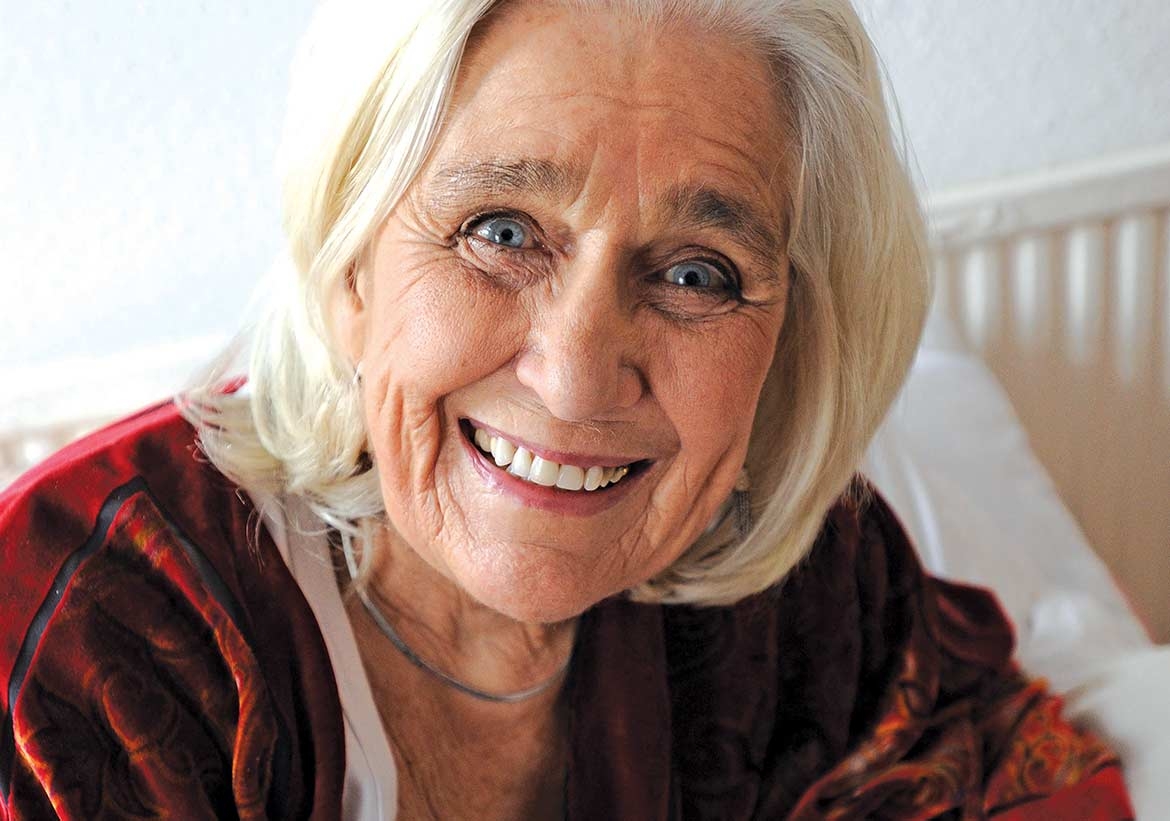 Dilys Price is not a typical 85-year-old grandmother. She might look like a retired teacher from Cardiff — which, technically, is exactly what she is — but she’s also made a habit of jumping out of planes.

Known throughout Wales as “Daredevil Dilys”, the fearless OAP made her first parachute jump at the age of 54 and she has now completed more than 1,139 jumps for charity.

Incredibly, Dilys was petrified of heights before her first jump. She says: “I started skydiving because I wanted to raise money. But no one could have been more scared than I was! When I went out I remember thinking, ‘this is death’, then, ‘oh my goodness, I am flying!’ Through facing my fears, I was able to find my purpose, and make a difference. Now I can’t imagine my life without it.”

She currently holds the Guinness World Record as the Oldest Female Sky Diver and has raised tens of thousands of pounds for charity.

Dilys, as easily recognised by her colourful outfits as her sunny personality, has dedicated her life to helping young people with disabilities. During her time as a teacher, she was asked by specialist schools to help children in wheelchairs take part in sports and dance.

“I wanted everyone to dance,” she recalls. “If people are in wheelchairs, then imagination and music becomes more important, but you can still dance.”
She went on to take her innovative techniques to hospitals, schools and care homes throughout not just Wales, but the world.

In 1996, she founded The Touch Trust from her kitchen in Cardiff. It soon grew into a renowned centre for movement education (called 'touch therapy') for people with autism, dementia and profound disabilities. Using music, colour, scent and touch, they help more than 1,000 adults and children every week. Their motto is: “No one will ever be turned away.”

Dilys says: “When you have multiple, severe disabilities, often you cannot see, you cannot hear, you cannot talk. But you can touch. That’s the starting point.

“Life can be very hard and we try to help those who are less fortunate. I’ve had a lovely life but I’ve found if I’m knocked down I just stand back up again. I’m extremely stubborn and I won’t give up in what I believe in. It’s never too late. Life can still be fun, be challenging and have a purpose.”

She stepped down from running the charity in 2015 - but she's still helping to fundraise and promote its work through her parachute jumps.

What an amazing lady. Her skydiving is inspirational and a huge amount of fun, but she has achieved so much more than that with her life-changing charity work. She is an example to us all.Pride of Britain judges