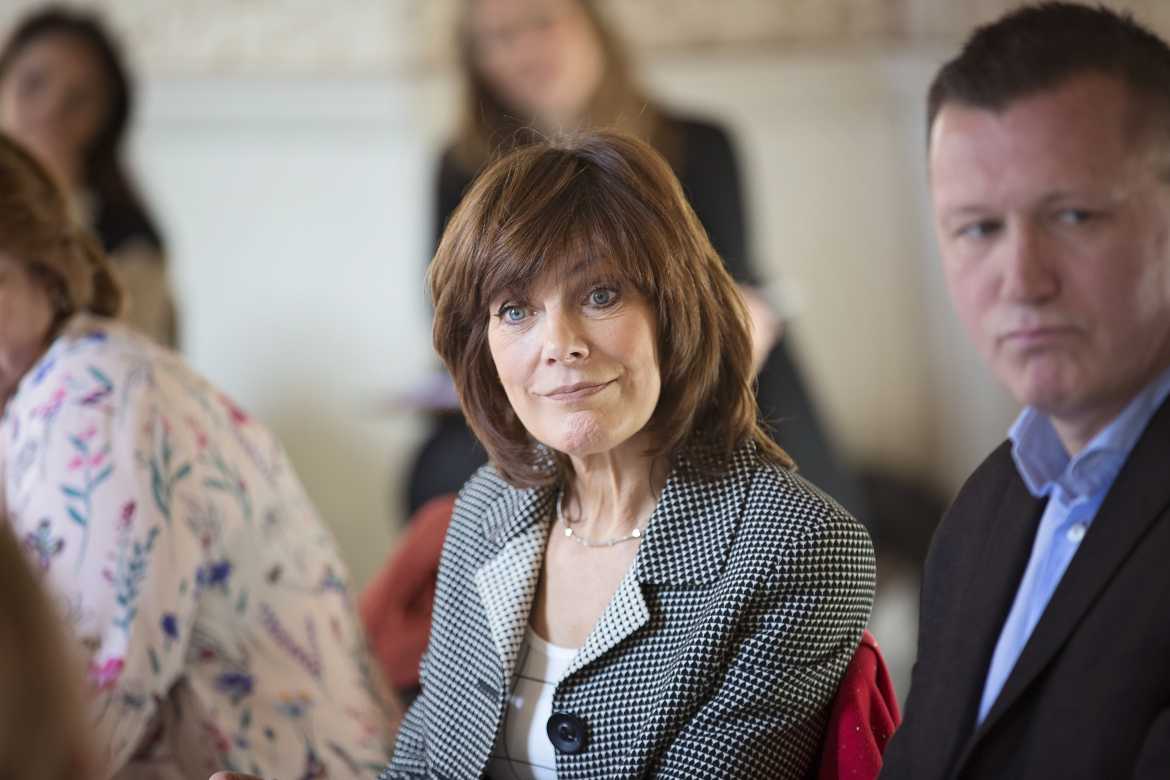 We have Our North East Winners!

When we announced the awards back in January we knew that the North East was brimming with amazing people but we were overwhelmed with the huge volume of nominations that we received! It was incredibly hard to whittle down the finalists so we were set for a Herculean task today!

Eventually though tough decisions were made and we are delighted with the results and we know that you will be too!

All of the finalists will be considered for a Pride of Britain award and will be honoured at a ceremony in March.

Stephen, who has Cerebral Palsy, is a professional athlete and competes in field athletics in the F32 Club Throw event. He has represented Great Britain for over 20 years gaining an extensive medal haul including 3 Gold, 1 Silver, 2 Bronze from 6 Paralympic games, 3 Gold and 1 Bronze from 6 World Championships and 3 Gold, 1 Silver and 1 Bronze from 5 European Championships. During his time as an athlete Stephen has taken every opportunity to inspire others and is now a renowned motivational speaker. Stephen speaks at corporate, educational and charity events as part of his role with SMILE Through Sport. In 2013 Stephen founded SMILE Through Sport to inspire others and help create more opportunities for disabled people to do sport.

Denise is known for her roles as Natalie Barnes in Coronation Street and Steph Haydock in Waterloo Road. She was a regular panellist and anchor on hit ITV chat show Loose Women for ten years. Denise recently produced her own short film Black Eyed Susan which is currently on the festival circuit. She has written two personal memoirs and two novels. Her second, A Mother’s Bond, has just been published. Denise lives in Cheshire with her husband, the artist Lincoln Townley and her son Louis. Her stepson Lewis lives in Spain and her son Matty is the lead singer of the Brit Award winning band The 1975.

Steve is a Newcastle legend with over 191 appearances at the iconic club. He is renowned for his skills as a centre back and was an integral team mate during Kevin Keegan’s reign at the club. It was during this spell that the team were runners up in the Premier League (1996/7) as well as runners up in the 1998 FA Cup Final. In 2000 Steve transferred to Manchester City for another successful three years. He has 4 England caps and is honoured to be part of these awards.

Bev is the Area Director for TSB in North East England. She has been in her current role since 2008 and is responsible for 167 partners across 19 branches which stretch from Berwick to Redcar. Bev is passionate about her partners and takes huge pride in the development of her team – the partners she has supported and developed over her career gives her the greatest professional sense of achievement. Bev is really proud that TSB North East England is a member of the North East Chamber of Trade and she now has a network of business leaders she works with for the benefit of the North East region.

Pam is a main presenter with ITV Tyne Tees and Border. On screen, Pam co-presents two 30-minute news programmes each weekday, one for the Tyne Tees region and one for Border. Pam has been a Deputy Lieutenant for County Durham since 2001. She is a Patron of a number of charities including the Great North Air Ambulance, the Evening Chronicle Sunshine Fund, North East Ladies day, Star Giving, Cash for Kids and Northern Ice wheelchair curling team.

Douglas is Strategic Head of Operations for North East Ambulance Service (NEAS), which serves a population of 2.7million across 3,200 square miles.

As part of his role, Douglas oversees a workforce of around 700 front line ambulance staff who respond to around 1000 999 calls every day. Douglas began his career in the ambulance sector in 1985 in Scotland. Following the first Gulf war he played a key role in the reformation and rebuilding of the Kuwait Ambulance Service. Douglas is a keen golfer who relocated to the North East in 1994 and lives in North Durham.

Lynn Lucas founded the Chris Lucas Trust, a cancer research charity. It was set up after teenager Chris’s tragic death from rhabdomyosarcoma, a rare form of cancer, in July 2000. Chris’ parents, Lynn and Lynn, have so far raised more than £2.5 million for research into rhabdomyosarcoma at the ICR and continue to fundraise through flagship events such as the Great North Bike Ride.

Lynn was named the Pride of the North East Fundraiser of the Year in 2017.

Shiraz is the editorial director of the Pride of Britain Awards, overseeing the search for winners and helping to bring their stories to life.

A journalist for 20 years, Shiraz was executive features editor of the Daily Mirror, news edited the paper and managed the Mirror’s coverage of the last three General Elections. He has been part of the Pride of Britain team since 2011.

Helen is the Chronicle Live Editor and Regional Head of Digital for Trinity Mirror North East. She occasionally writes about parenting, food, music and comedy.

For an individual or group of people who have worked together in partnership as a force for good in their local community, improving the lives of people around them. This could be anything from supporting young people to thrive to bringing communities together to create something special. The winner or winners will have galvanised the support of the people around them to make a difference.

Fundraiser of the Year

For tireless and inspirational charity fundraising, aged 16 and over.

To reward a young person aged 15 and under for inspirational charity work.

For police, fire, ambulance, paramedics or air, sea or mountain rescue who have gone beyond the call of duty.

For adults who risk their own safety to to help others in danger.

For battling against the odds to help others, or putting themselves at risk to save someone in danger.

To recognise far-reaching achievement, possibly on a national or international scale.

For achievements not covered in other categories, such as inspiring carers, campaigners and members of armed forces.

Read all about our 2017 winners here