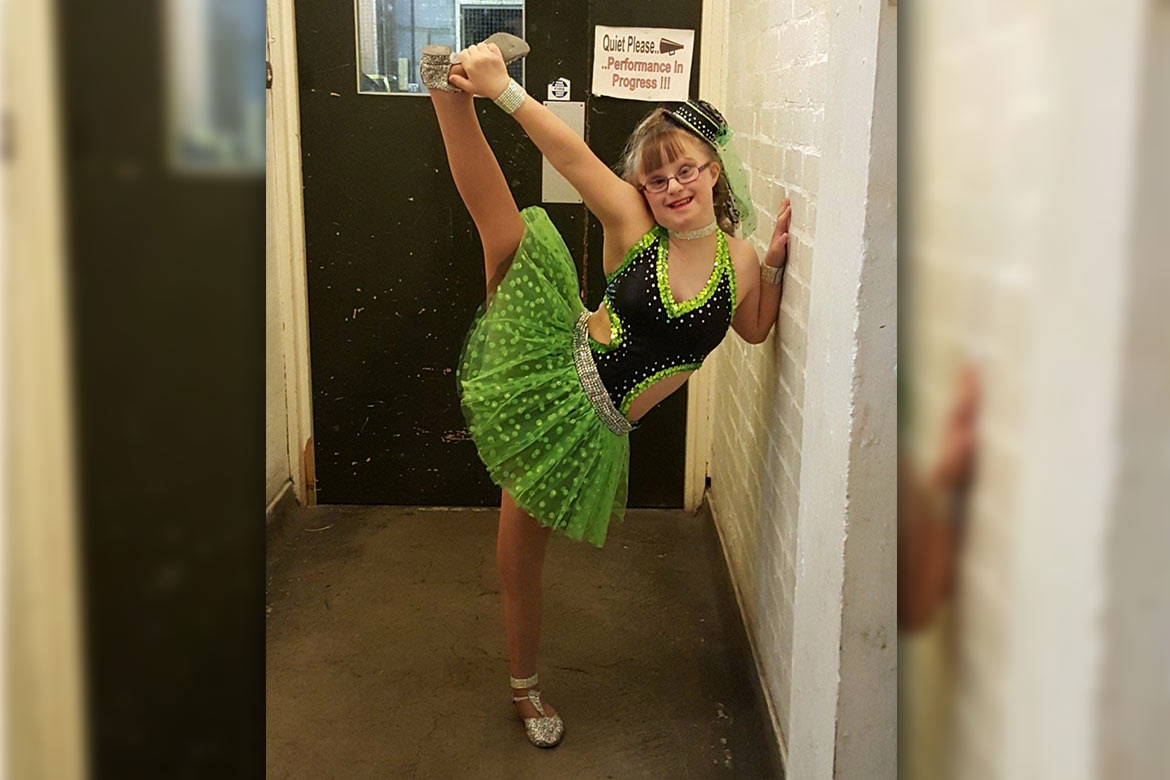 Tegan Williams is fifteen and has a passion for raising money for ‘poorly people’ despite battling with her own health conditions. When she was just 4 years old she had open-heart surgery to treat her pulmonary stenosis, atrioventricular and ventricular septal defects and fallots tetralogy.

Then when she was nine years old she developed micro plasma pneumonia and was admitted to intensive care because her organs were shutting down. Both of these conditions were complicated further by the fact that Tegan has Downs Syndrome.

But in true Tegan style she fought her way through all of these surgeries and carried on her mission to help people. This year she teamed up with her cousin Caitlin and her friend Ayesha to make dream jars to raise money for the Autistic Society. The girls have been collecting jars, cleaning them and covering them in glitter and tissue paper. Their families then help by drawing different characters inside. They have already raised over £300 and have a large order list! We were lucky enough at Pride of Britain to receive a beautiful handmade jar too.

Tegan has also raised £500 for St David’s and St Anne’s Hospice in memory of her Nan who she helped to nurse whilst she was very ill. Tegan and her cousin would cook her Nan meals, wash the dishes and towards the end, help her to wash and dress. When she was admitted to the hospice she would visit every morning and night.

Last year Tegan saw an advertisement for Race for Life and said "My Nan had cancer I want to do that for money for poorly people". So she persuaded her mum, cousin and friend to enter the race alongside her and they raised over £1,000. Each Christmas Tegan uses her pocket money to buy warm clothes and food and toiletries to make gift boxes for homeless people in her area.

This year she raised money for the Little Princess Trust after she saw a TV programme about a ‘poorly little girl’. She went on to have eight inches of her hair cut off to donate to the charity. She then arranged a sponsored walk with her cousins and raised a further £748 for children with cancer.

Tegan loves speedway and when one of her favourite riders Darcy Ward suffered a devastating crash which caused severe spinal damage she joined in with a group of speedway riders and fans who held a sponsored walk to raise money for the rider. Tegan walked the last two miles to the

Principality Stadium in Cardiff, cheered on by her family.

She has been dancing since the age of 3 at Vanessa Clarke School of Dance and takes part in six charity dance shows and a pantomime every year to raise money for the British Heart Foundation and Bristol Children’s Hospital. Although she struggles sometimes and has to try harder than her friends to keep up with the choreography she always pulls it off!

In June of this year Tegan was dealt a further blow when she was diagnosed with Bell’s Palsy but she has shown true resilience to bounce back again. We think that she is remarkable and we’ll certainly be following her next charity mission.