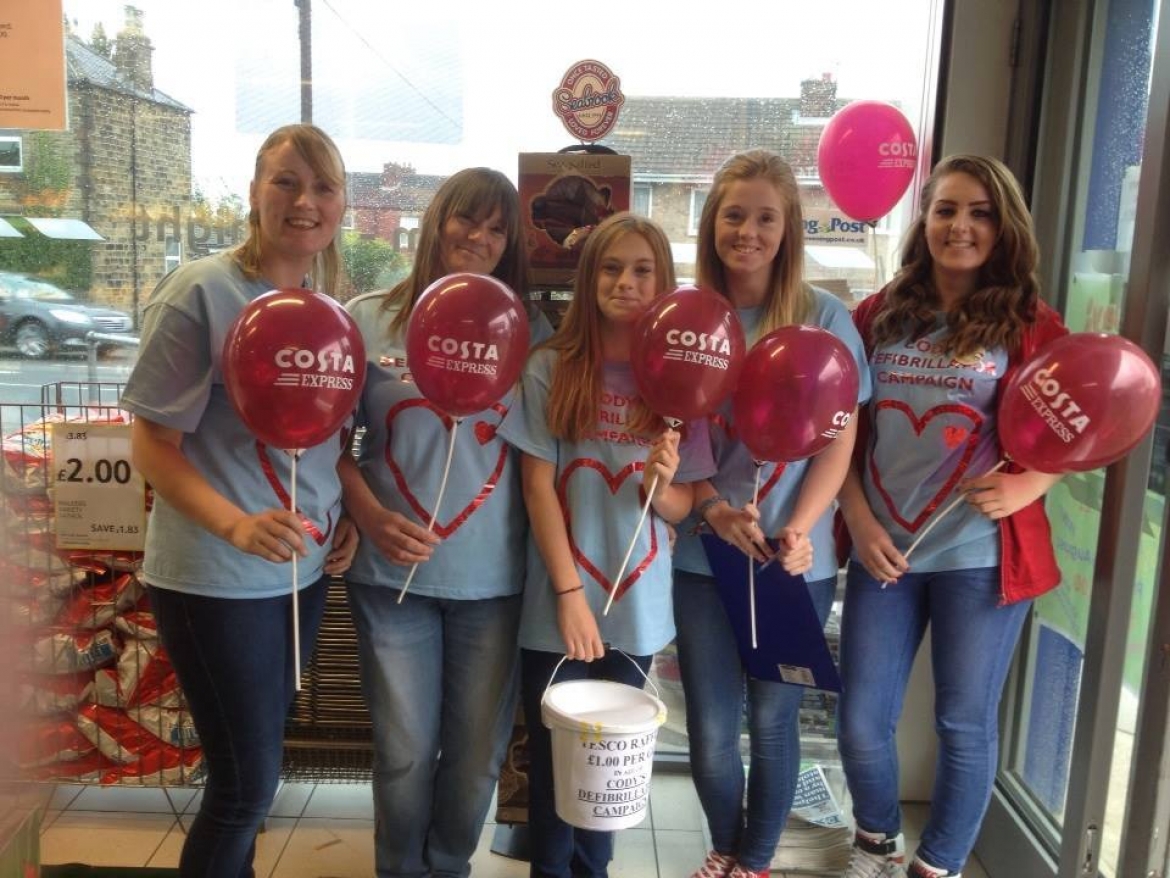 When 11-year-old Cody Hartley read about the sudden and tragic death of 12-year-old Oliver King who suffered a sudden cardiac arrest during a swimming race she was determined to help raise awareness of the importance of defibrillators in schools.

Every week in the UK around 12 young people die suddenly from a previously undiagnosed heart condition, 80 per cent of which will have no prior symptoms. In most cases there is no lifesaving defibrillator on hand, and for every minute that passes the chances of survival drops significantly. Cody was deeply affected by Oliver’s story and devastated to learn that his life might have been saved if his school had a defibrillator on site. There is currently no national system in place in the UK to ensure defibrillators are on school premises. So, within just eight weeks of reading his story Cody single handedly fundraised enough money to buy her local primary school in Thorpe a defibrillator and train twelve staff on how to use it.

For the last four years Cody has been spurred on by the excellent work of the Oliver King Foundation and has set about organising fundraising events to help more schools. Now nearly 15 she has been tirelessly fundraising including a kick-a-thon, successfully doing 1,000 kicks on a strike pad, a 20 mile sponsored walk, continuous supermarket bag packing, making and selling homemade badges, weekend car boot sales, raffles, tombolas, fetes, selling wristbands and even making reindeer food and snowman soup! Each defibrillator costs between £750-£1000 to buy and Cody and her big sister Jordan have dedicated all of their free time to trying to reach their goal of a defibrillator in every school and sports club in the UK in the near future.

Cody’s commitment impressed the St John Ambulance service so much that the nation’s leading first aid charity even donated a defibrillator to her karate club, the Newmillerdam Karate Club in Wakefield so that they can feel assured of their safety. Her tireless fundraising also prompted MP Ed Balls to host a St John Ambulance first aid course from his constituency. Cody also won the Radio Aire Community Hero for her continuing work.

In a bid to raise awareness of this campaign Cody has even taken a letter to Downing Street to get her voice heard. The Oliver King Foundation has also made it their mission to get lifesaving defibrillators in schools across the country. The foundation was set up in January 2012 following the sudden and tragic death of young Oliver from Sudden Arrhythmic Death Syndrome.

The foundation’s first high profile campaign was a highly successful Government e-petition, which received over 110,000 signatures and led to a debate in the Houses of Parliament. This action led to Public Health Minister Anna Soubry MP visiting Liverpool to launch their community public access defibrillator project.

The foundation are thrilled that young people like Cody are dedicating their time to helping raising awareness of this important issue.

Cody says “These defibrillators are needed everywhere, it’s not guaranteed that CPR alone can save lives, these give people a fighting chance. ”

Cody’s mum Sheree is rightfully incredibly proud of her daughter, she told us “People do not realise just how many people have undiagnosed heart problems. I’m so proud that Cody does this work by herself, she’s driven by her own determination and she has no intention of stopping fundraising until she reaches her goal.”

We think that Cody is a truly inspirational teenager; her empathy for a young stranger ignited a passion in her to help others, get changes in the law and ultimately save lives. Well done Cody, we can’t wait to hear about your next fundraising efforts.

To learn more about the work of the Oliver King Foundation: