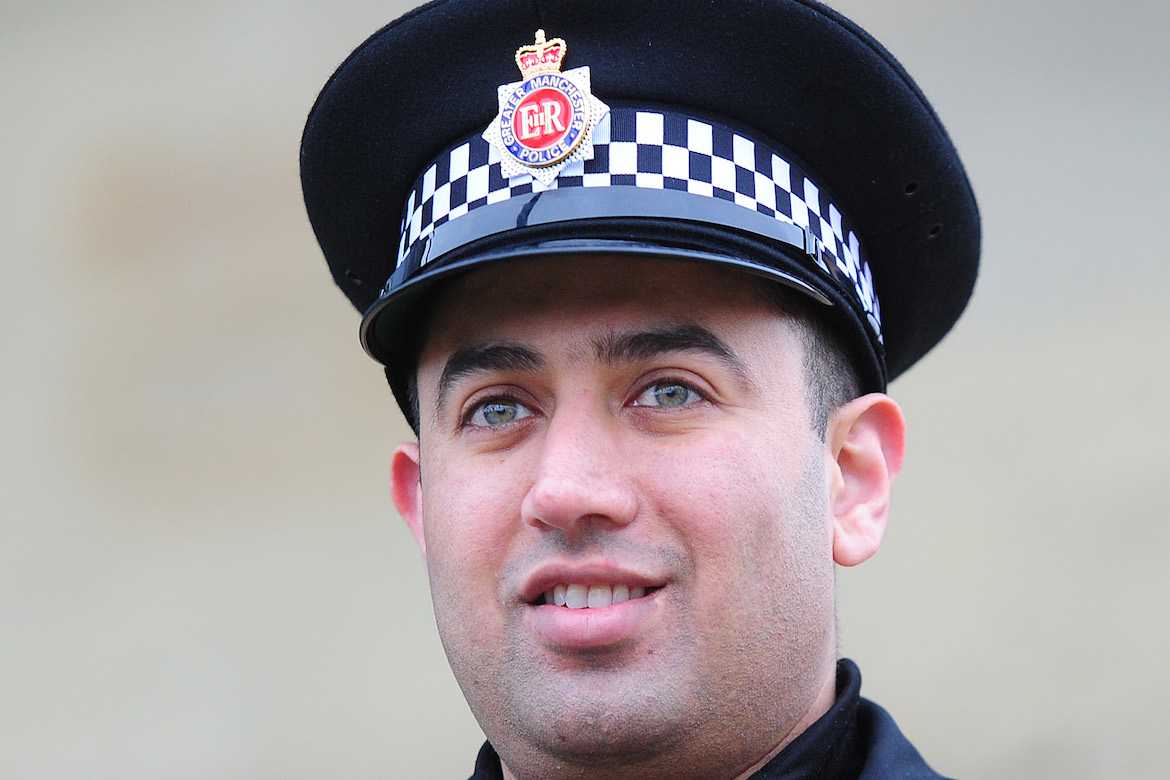 Police officer put his life at risk when he saved a man from a freezing, fast-flowing river.

PC Mohammed Nadeem had only been in the job for nine months when he answered a radio call over concerns for a man near Hardy’s Gate Bridge, in Bury, last February.

Arriving on the scene, PC Nadeem, 32, saw the man lose his footing and fall into the river. Without any thought for his own safety, he immediately scrambled down banking and jumped into the fast-flowing water.

Over the next 20 minutes PC Nadeem, who admitted he is “not a great swimmer”, battled to keep the man from drowning and hauled him against the current to the safety of the bank.

He said: “When I got out I was seriously cold, I couldn’t feel my legs much at one point.” PC Nadeem was taken to Fairfield General Hospital, where he was treated for hypothermia.

PC Nadeem said: “I always wanted to help people - to be there for people. Saving someone’s life is the best thing you can ever do on duty.”

“He’s also gained the nickname The Hoff from his colleagues so I’m sure he won’t be forgetting this anytime soon.”