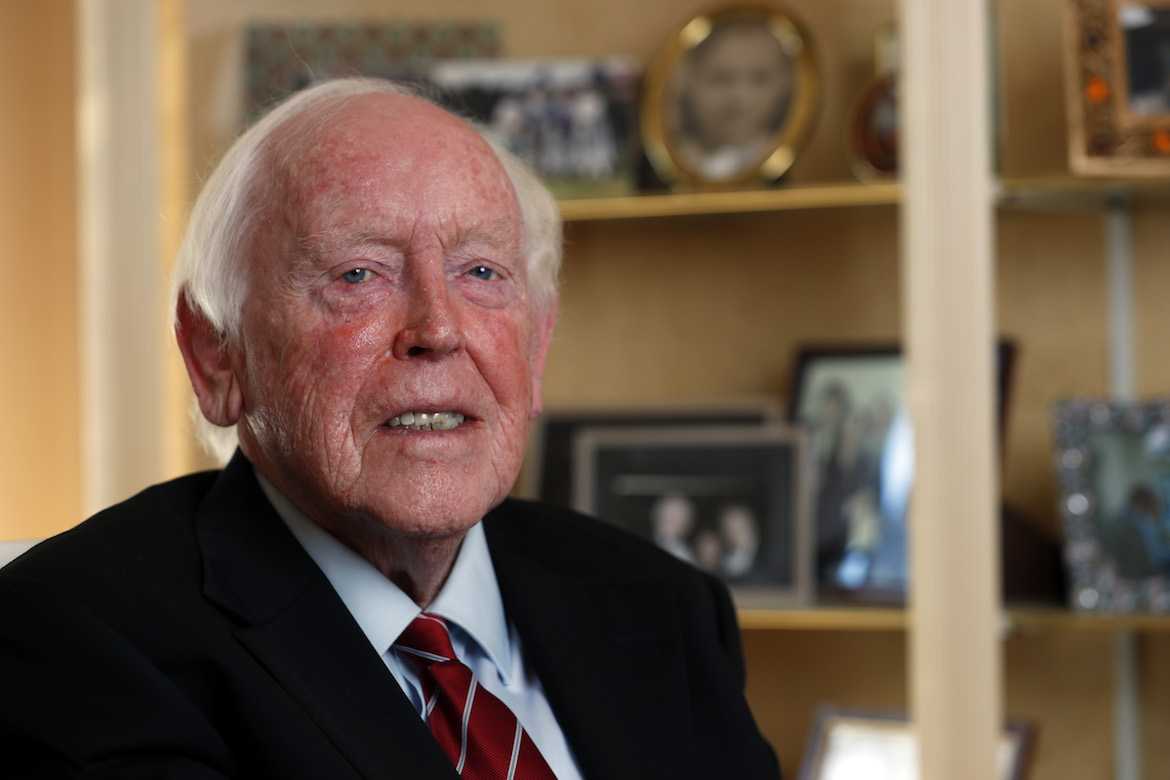 Founded Children With Cancer UK with his late wife Marion, raising £230million in memory of their two children

The O’Gorman family were enjoying a holiday in Florida when siblings Paul and Jean started worrying about their health.
Paul, a sporty 14-year-old, complained of not feeling well and mum-of-one Jean, 29, had found a lump in her breast. Back in England, Paul was diagnosed with leukaemia and Jean with breast cancer. The diagnoses came just 24 hours apart.
Paul sadly died in February 1987, just nine weeks after diagnosis. Before he passed away, he asked his parents to promise to help other children with leukaemia.
Through their grief, the parents were determined to fulfil Paul’s final wishes, and started raising funds for the Leukaemia Research Fund.
Within nine months, they had organised a charity remembrance ball. Jean’s health had deteriorated rapidly, but she determined to be there.
She tragically died two days later.
Shortly afterwards, Eddie and Marion met Princess Diana. By then, they had raised £100,000 and, moved by their story, she joined them to inaugurate a charity in their children’s memory.
Since then, Eddie has devoted his life to fighting childhood cancer. What began as a small charity based in a one-bedroom flat has evolved into Children with Cancer UK.
It is a major force in paediatric oncology, based in Great Ormond Street, and has raised more than £230million, funding over 200 vital research projects into causes and treatment of childhood cancer. It has also funded research centres and respite homes across the country.
Eddie’s unwavering dedication has had an undeniable impact on childhood cancer. Since 1988, survival rates have risen from 64 per cent to 84 per cent, and from 60 per cent to 90 per cent for leukaemia.
Eddie, 83, remains as passionate as ever and aims to raise a quarter of a billion pounds by next year with help from his daughter Sandra, 62.
He says: The charity is a permanent memorial to Paul and Jean. Every day in the UK 12 families are told their child has cancer and we want to save more lives. It’s as simple as that.”