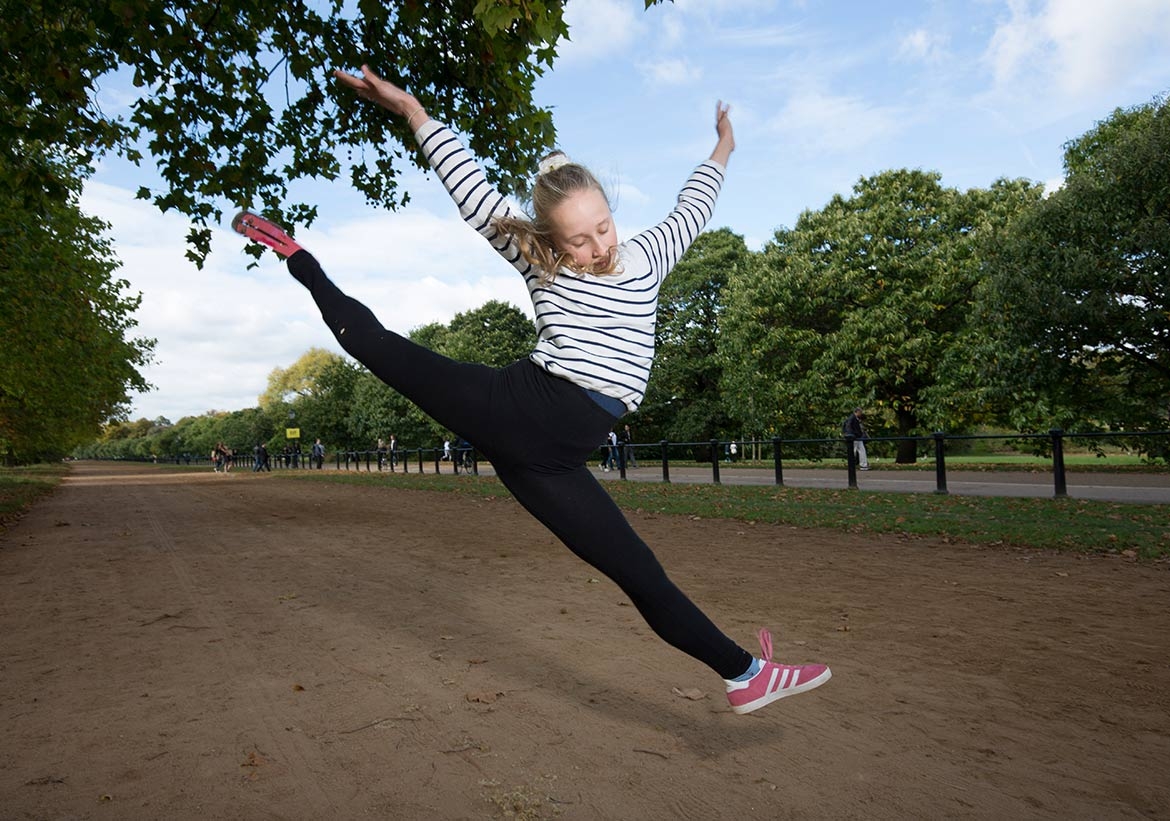 Sarah's twin sister had just given birth to her first son, and on a sunny morning in April 2007, Sarah was taking their mother Elizabeth and two-year-old daughter Pollyanna to meet the new addition to the family.

On their way to the hospital in London, an out-of-control bus mounted the pavement and smashed into the the family. Sarah’s legs were trapped under the bus, and as she slipped in and out of consciousness, she could hear Pollyanna screaming, 20 feet away, with horrific leg injuries.

Sarah says: “I could hear Pollyanna screaming. I could see her in the corner of my eye, about 20 feet away. She had been flung through the air. I could not help her. She was taken in an ambulance to Chelsea and Westminster hospital and operated on for eight hours, as four surgeons tried to save her leg.”

Sarah’s left leg had been “degloved”, meaning the skin had been completely ripped off. Her mother Elizabeth, 65, was killed and Pollyanna eventually had her right leg amputated below the knee. She had only just learned to walk.

Ever since the horrors of that day, Sarah has fought relentlessly for the needs of child amputees at home and abroad.

Her campaign for extra NHS funding for amputees has changed hundreds of children’s lives forever. Sarah’s lobbying directly resulted in the government providing an extra £1.5million for new sports prosthetics for child amputees last year. Previously, prosthetic legs on the NHS only allowed amputees to walk.

Sarah says: “Running and jumping are second nature to any child, including amputees. But despite their hunger and desperation to compete, they just can’t [with walking prosthetic limbs]. On school sports days the cruel difficulty of running becomes apparent as they try – and fail – to match their friends.”

Sarah’s campaign means 500 children will be able to have blades fitted that enable them to run, swim and play with their friends. Children like football-mad Ben Moore, who had his right foot amputated aged 10, and has been fitted with a blade which allows him to finally kick a ball like any other child.

Sarah, 45, from Hertfordshire, has also set-up a helpline with Transport for London which provides practical and emotional support for victims of travel-related accidents.

And her charity, Elizabeth’s Legacy of Hope, named after her mother and founded with her twin sister Victoria, helps children overseas who have lost limbs through war, accidents and lack of access to medical care.

The experience of losing her mother and seeing her daughter so badly injured in the accident is unimaginable, but her courage and determination every day since then are an inspiration. She has achieved tangible improvements to the lives of hundred of children.Pride of Britain judges