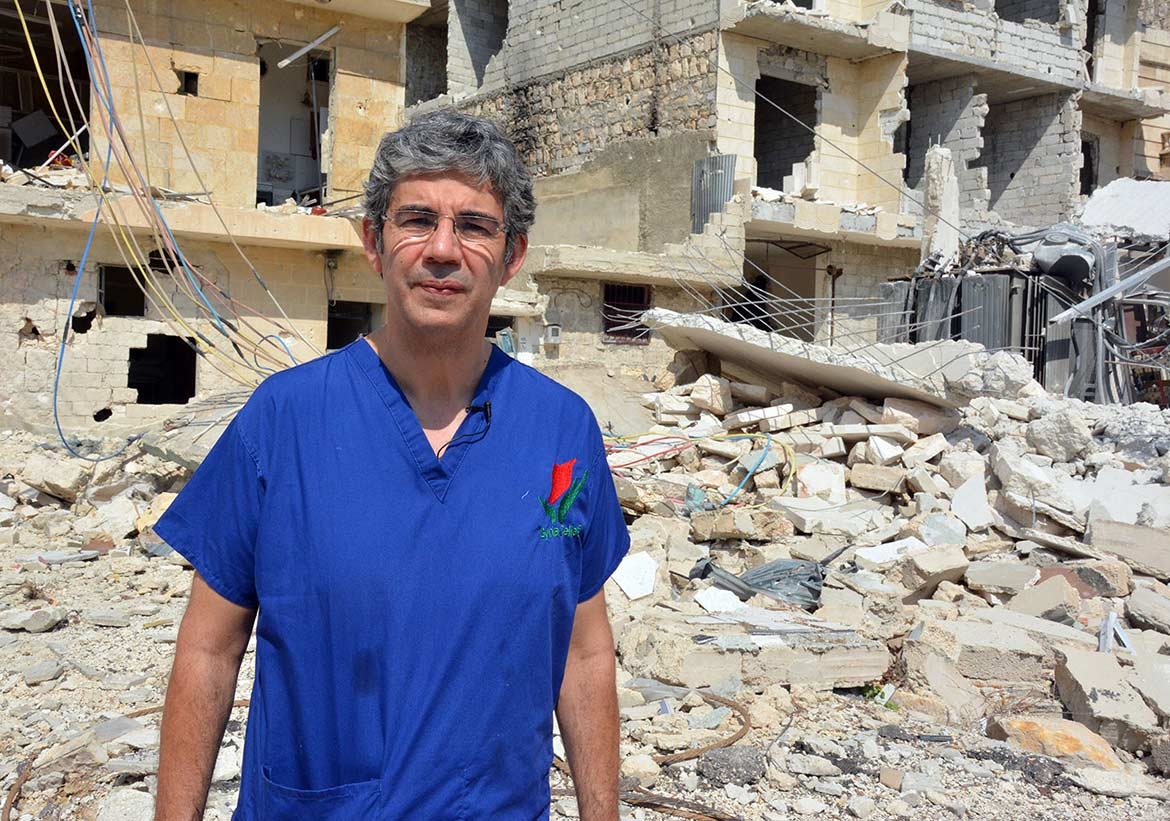 The leading war surgeon has operated under fire in the world’s most dangerous places, risking his life to save others in Afghanistan, Iraq and Syria

Every year for the past 23 years, David has taken several months’ unpaid leave from his NHS job in London to work as a volunteer for aid agencies including Médecins Sans Frontières, the Red Cross and Syria Relief.

The world’s most experienced conflict surgeon has operated with makeshift instruments, by torchlight and in constant fear for his own life.

He refused to stop operating when IS fanatics burst into his theatre in Syria and even when ordered to leave a hospital in the Gaza Strip which was due to be targeted by an air strike.

David, 59, recalls: “Everyone was leaving. But I knew I couldn’t possibly leave this little girl alone. I said to the Red Cross anaesthetist with me, ‘Do you want to go?’ He said, ‘No, I’ll stay with you’. So we stayed together, both believing that all three of us would die.

“But I carried on with the operation and as the minutes ticked by, I tried not to panic.

“I was expecting the worst, but I kept on operating.

“We were supposed to be blown up, and I was thinking, ‘If it happens, I’ve done a lot with my life really’.

“If our time was up, I just wanted to be there to hold the little girl’s hand.”

He has carried out lifesaving operations on victims of conflict and catastrophe in countries ranging from Bosnia and Afghanistan to Liberia, Haiti, the Central African Republic, Gaza and Nepal.

In Aleppo in Syria, he worked in a makeshift hospital saving lives as barrel bombs rained down.

The carnage affected him more than any other conflict, and it took him months to readjust after returning home from the visits.

“It’s such a tragedy I can’t find the words,” David says.

His humanitarian work began in 1993. He flew to Bosnia after seeing the conflict on the news.

“I’d seen a man on TV crying as he searched for his daughter among the rubble after a bomb blast in Sarajevo,” David says. “I made a snap decision. I was overwhelmed by the necessity to help.”

The married father of one was awarded the OBE in 2012 for his work in war zones, which he fits in around surgical roles at three London hospitals.

He is also a qualified pilot and has served with the Royal Auxiliary Air Force as a volunteer surgeon, holding the rank of wing commander.

David has also raised hundreds of thousands of pounds for charitable causes and has set up the David Nott Foundation, a charity training surgeons to carry on his work in war zones and natural disaster areas. “It’s the legacy I am trying to leave,” he says. “To be a war surgeon is a fine art, knowing the right thing to do for a patient with what’s available. If you do too much, that patient will die as surely as if you do too little.”

David’s dedication to saving lives is simply extraordinary.  We are all horrified by the humanitarian disaster in Syria, but he has risked his own life to make a difference there.  His reserves of compassion and courage are boundless.Pride of Britain judges

View the embedded image gallery online at:
https://www.prideofbritain.com/history/2018/david-nott#sigProId7d6d2e5249
Tagged under