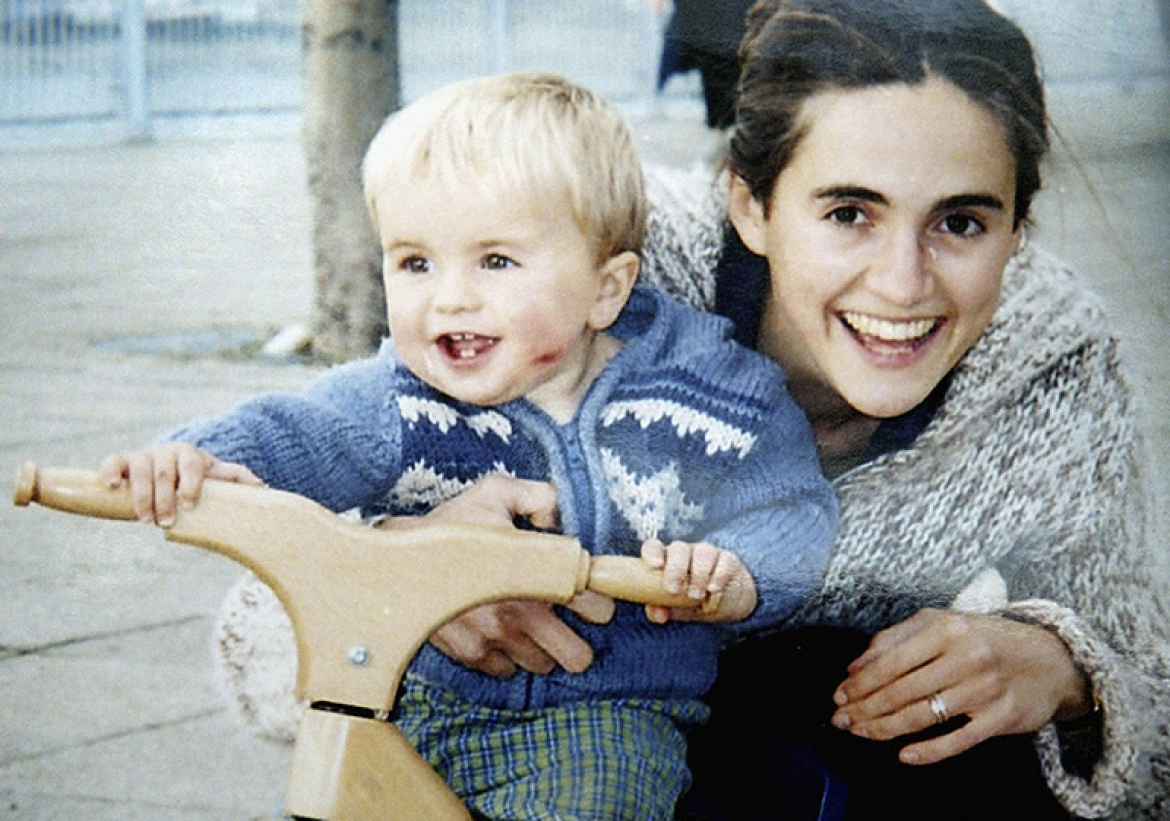 The stabbing of a young pregnant mother in what has been dubbed by the police as the safest county of Britain shocked the nation.

But it was Abigail Witchalls's determination to look death in the face and fight for both her life and her family that earned her the respect and admiration of millions.

Abigail was walking her 21-month son Joseph in his pushchair along a country lane from nursery to their home in Little Bookham, Surrey, when a maniac pounced and stabbed her in the neck in April 2005. Ten weeks pregnant, the young mum was left for dead.

Once in hospital doctors discovered her spinal chord was severed. Her injuries were so severe she was read her last rites and it was feared her unborn baby might not survive.

But the devout Roman Catholic defied medical opinion and fought back.

During the seven weeks in intensive care she began to write poetry by blinking out each letter to her father at her bedside.

Among them was one stating that despite her injuries her "spirit sings" - encouraging her family of her determination to survive.

Still paralysed from the neck down but able to breathe on her own, speak and move her right arm slightly, Abigail was discharged from the Royal

She returned to Little Bookham to live in a specially-adapted bungalow on her parents-in-law land with her husband Benoit and their son.

At a time where knife-crime is increasingly feared, the nation followed Abigail's struggle against the odds and marvelled at her dignified determination and the strength of her family.

In the face of such pointless violence, Abigail's mother forgave her daughter's attacker and Abigail's husband and their son were pictured in newspapers and on television smiling lovingly at her bedside.

If Abigail's survival was not enough of a miracle, just over a week after her return home Abigail gave birth to Dominic - the baby she had feared she would never see.

After his birth last November, Abigail said: "I've found great strength in carrying this child over the past few months and it is such a blessing and a joy to now finally see him face to face."

A year after the attack, Surrey Police described Abigail as a "marvel". Still in a wheelchair, Abigail undergoes regular physiotherapy and hydrotherapy sessions and continues to slowly improve.

The Abigail Witchalls Trust has been set up to help the 27-year-old fund the care she needs such as equipment to provide additional therapy, increase her mobility and develop her communication skills.

She remains in a wheelchair but her faith and her drive to overcome adversity continues. Having previously taught refugees part-time for a charity, she hopes to return to teaching in some way.