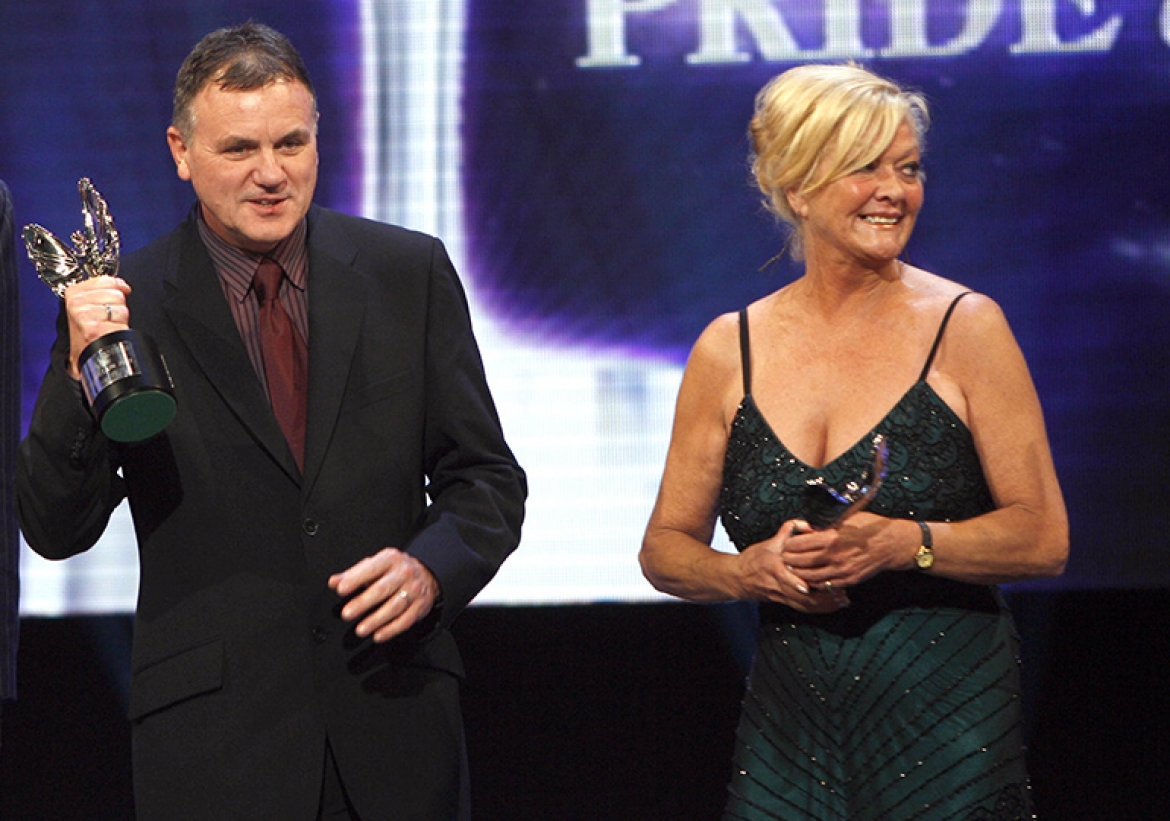 The pair grappled with the notorious Loyalist paramilitary - who'd been released from prison in July 2000 under the Good Friday Agreement - as he burst into Stormont brandishing a fake pistol and a rucksack full of bombs in November last year.

It was Susan, 59, who spotted Stone first. "I saw a man walking towards the building with a big bag," she says. "I thought he must be a photographer, but when he got closer I saw his eyes and recognised him. "I put my hand up to stop the revolving door and he pointed a gun at my head."

At the same time, Peter, 56, noticed Susan's frozen expression and leapt into action. He managed to restrain Stone in an armlock while Susan grabbed the gun, which turned out to be fake. "He had thrown a nail bomb inside the building and the fuse was fizzing," recalls grandfather Peter. "He was saying it would go off in three minutes. That's when we started panicking.

"I remember calling out ‘bomb' to my colleagues and telling people to get out, but we didn't let Stone go. I also remember saying to him, ‘Well, we're all about to get blown up then, aren't we?'" Fortunately, the device failed to go off and other doorkeepers helped the pair wrestle Stone to the ground.

Susan, who previously worked as a policewoman for 22 years, tied Stone's shoelaces together to prevent him escaping. Peter adds, "I was holding his arm all the time. I wanted to make sure he couldn't push any buttons to detonate anything." Convicted murderer Stone is infamous for his involvement in the Milltown Massacre in 1988 when he ambushed mourners at a Catholic funeral. He had previously been given life imprisonment with sentences totalling 684 years.

On the day of his attempted Stormont raid, which could have sabotaged a crucial power-sharing meeting, Stone was wearing a bulletproof vest and was armed with an axe, a garrotte and nailbombs. "He looked like a suicide bomber," says Peter. "We were terrified. Everyone knows what he's done and is capable of."

That night, Susan simply went home and to bed as if nothing had happened. "I didn't think anything of it," she admits. "I was just doing my job but, looking back, I was in a state of shock." Stone was charged with five counts of attempted murder, including those on the lives of Sinn Fein leaders Gerry

Adams and Martin McGuinness, as well as Peter and Susan.