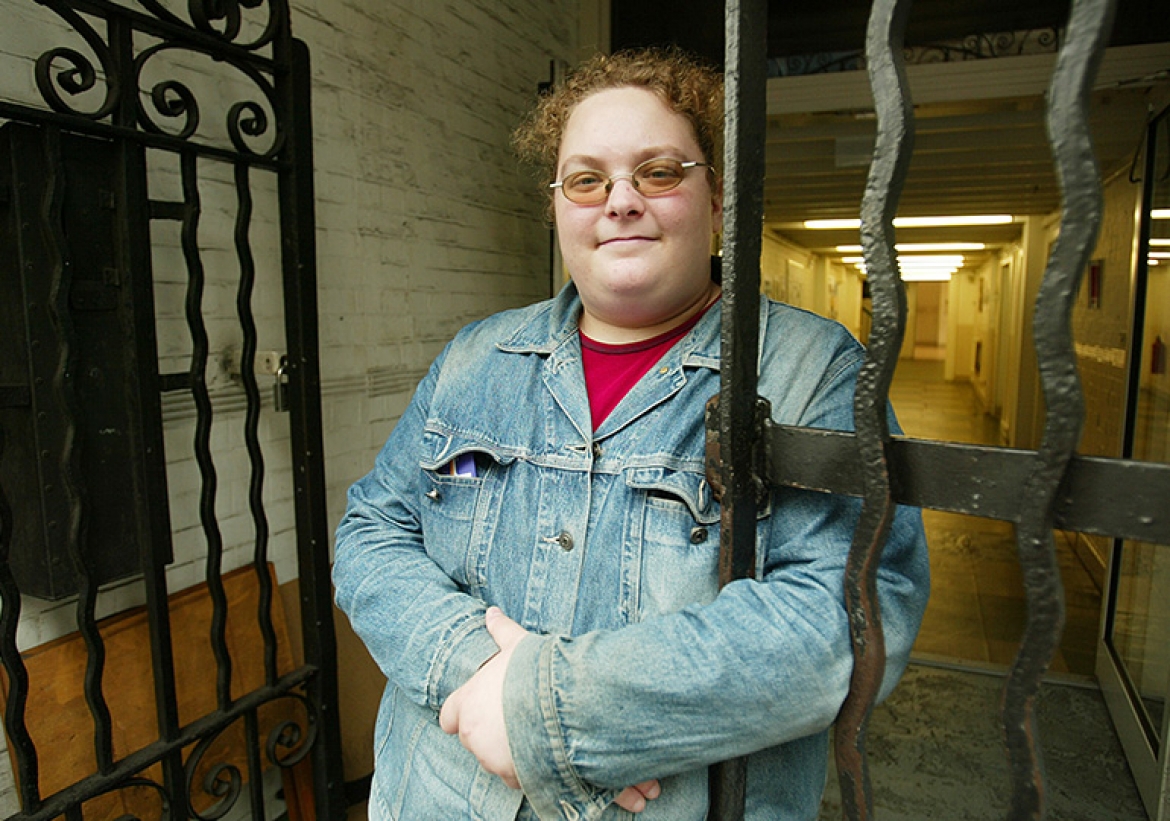 At only five years old Samantha Block's childhood was robbed from her after she was abused and put into care.

But instead of being crushed by the experience, Samantha, 23, is dedicated to campaigning for a better deal for the 80,000 children in care in the UK - and for improved support when they leave.

"I see myself as a role-model for people in care," Sam says. "I have broken through the barriers. It's like being in a cage and the first out of the door so you go back to help the others."

As a youngster, Samantha channelled her resentment and confusion into angry and sometimes violent outbursts -making her difficult for people to control or understand.

What she needed was a stable home but instead she was moved to more than 20 different care homes in 13 years.

Moving schools made her more reclusive and affected her education. She was eventually allowed to study for just three GCSEs at a school for children with behavioural difficulties, which she left having passed her exams when she was 15.

It was then that things began to improve. Samantha took part in a 12-week Prince's Trust personal development programme to improve her confidence team-building and communication skills.

She lost her temper but instead of being told to leave she was was allowed to stay. This was her first second chance ever -and an opportunity she thrived from.

Around the same time Samantha began volunteering for a new organisation - A National Voice - made up of young people with experience of being in care and representing others in the same situation.

She volunteered for eight years and became the vice chairperson, until being given a full-time position this year. Her progress was supported by a Prince's Trust mentor who says her accomplishments are "inspirational".

She has spoken openly about her experience to the media and to parliamentary groups, highlighting issues important to those in care.

Among her successes are the Refuse Collection fashion shows in Manchester and London where models wear bin-liners instead of the latest fashions.

These have persuaded two thirds of local authorities not to treat children's belongings like rubbish by putting them in bin-liners, but putting them in suitcases instead when moving them to new care homes.

Sam says: "I now have a job I really enjoy and feel passionate about. It's about giving young people a voice and them being taken seriously and able to come forward and make decisions for themselves.

"It's about young people hearing from someone who has been through it."