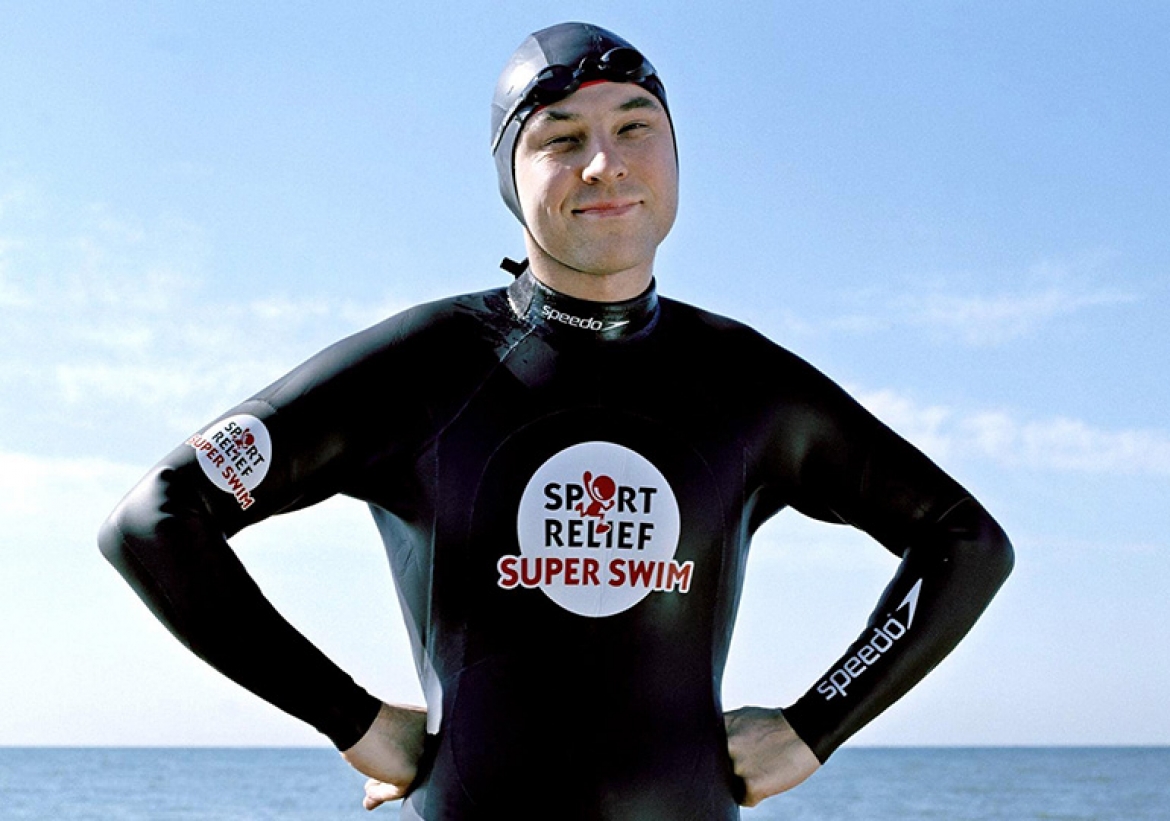 When Little Britain comedian David Walliams said he was going to swim the Channel most people thought he was having a laugh.

But fans saw the more serious side of the comic genius as he greased up in goose fat to swim more than 21 miles between Dover and the French coast in ten hours and 34 minutes - making him among the 50 fastest people to do so.

David, 34, was inspired to take on a major challenge to raise money for Sport Relief after he visited Ethiopia with Little Britain partner Matt Lucas and saw the desperate poverty first hand.

The epic swim in July raised £1million for the charity, which funds projects supporting people in Britain and overseas.

"To raise a million is way beyond what I thought possible - it's brilliant," he says. "Without the support of the public there would have been no point in doing it - but people have been fantastic."

David's 11 months of training coincided with a Little Britain tour of 200 stage shows.

His trainer was former Olympic modern pentathlete Dr Greg Whyte - now director of science and research at the English Institute of Sport.

The training programme included swimming every morning before his afternoon rehearsals, front-crawling for up to eight hours in one go, sea swimming and spending time in a special "cold tank" to acclimatise his body to the cold water temperatures.

David also had to bulk up to help his body stave off hypothermia as he swam in around 15oC water temperatures in his Speedo Sport Relief Super Swim.

David became the 657th person to swim the Channel since Captain Matthew Webb in 1875, negotiating one of the world's busiest shipping lanes, sewage, debris and jelly-fish in a pair of swimming trunks.

He set off from Dover's Shakespeare Beach at sunrise on August 8, saying farewell to his parents before plunging into the water. Dr Whyte was among the people watching him from a boat to monitor his progress and keep an eye out for hypothermia.

David steadily continued towards the French coast, stopping to eat chocolate and bananas handed to him by a pole from the boat, and playing Pet Shop Boys, Morrissey and Abba songs in his head to keep him going.

Less than ten per cent of people who have attempted the feat have succeeded and twice as many people have reached the summit of Everest than swum the Channel.

But David managed to clamber onto the rocks of Cap Gris Nez four hours faster than he had dared hope.

He said afterwards: "When I saw the French coast in the distance I thought, 'We're out of the World Cup so Britain needs a cross-dressing comedian to restore its pride."