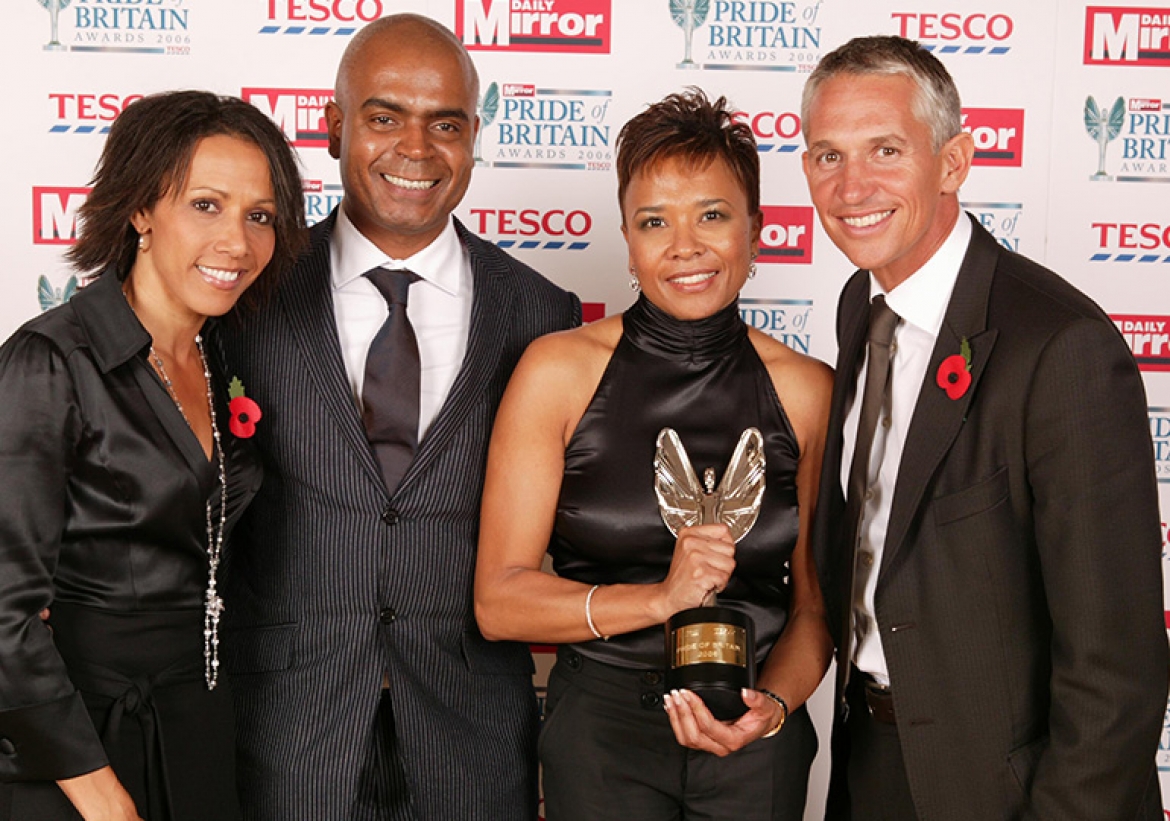 When Beverley De-Gale's son Daniel was diagnosed with leukaemia for the second time in 1995, a bone marrow transplant was his only chance.

His sister Dominique had a one in four chance of being a match - but was not. So Daniel, then aged eight, would have to rely on the UK Donor Register.

At that time, there were around 285,000 registered potential bone marrow donors in the UK.

Shockingly, only 550 were black or mixed race. If Daniel were white, he would have had a one in five chance of finding a match. Because he was black, his odds were only one in 250,000.

"It was a bit of a shock", says Daniel's step-father Orin. "But we could either do something or nothing. We were not going to take it lying down."

Beverley, 47, and Orin, 48, from Croydon, immediately took matters into their own hands.

They set up the African Caribbean Leukaemia Trust (ACLT) in a desperate attempt to find new black donors.

"We wanted to get through to people", says Orin. "Our motto became 'By Any Means Necessary'".

"We were going to call it the Daniel De-Gale Trust", says Beverley, "but it's not just about Daniel. It's about all those other people who are in the same situation."

Beverley and Orin set about raising awareness and understanding in the black community about leukaemia and bone marrow transplantation. Four years ago they gave up their jobs to enable them to focus on the cause full-time.

"At first we came across a lot of obstacles", says Beverley, "There was a complete lack of awareness and we had a lot of educating to do.

"But we knew we had the drive to keep going."

Publicity for the charity went into overdrive as clinics were set up all over the UK. Last year alone the charity organised 54 day clinics.

In 1998 Daniel, now aged 19, suffered another relapse and by 1999 was desperately ill, but finally a matching donor was found in America.

He is now at the start of a university degree in sports therapy.

The couple still run the charity with the same energy as when they were searching for a donor. They continue to set up registration clinics in the predominately black areas across the UK.

Since 1996, they have raised the number of black donors in the UK from 550 to nearly 20,000 and have been responsible for saving at least 14 lives through finding donor matches.

This year is the 10th anniversary of the charity. If Daniel had been diagnosed today, the odds of finding a match would be one in 100,000, compared to one in 250,000 a decade ago.