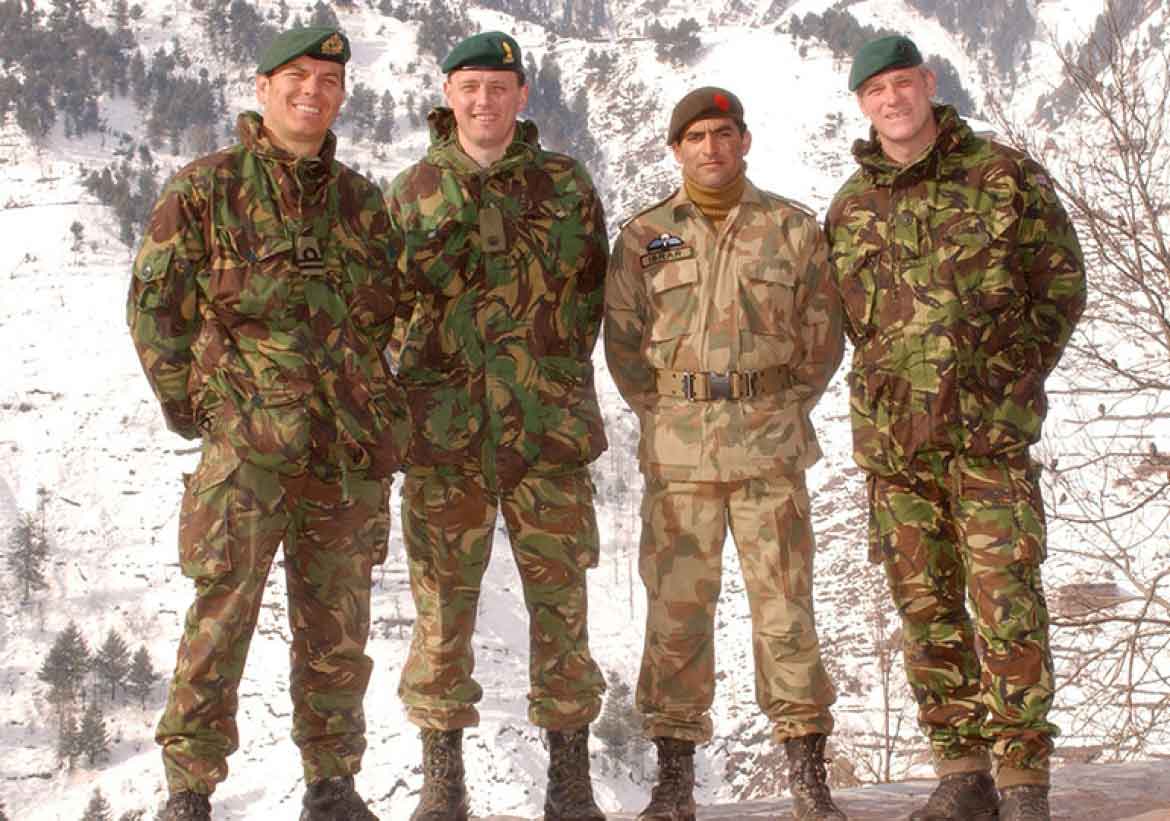 The wide-spread devastation and loss of life following the catastrophic earthquake in south Asia last year was enormous.

Up to 75,000 people lost their lives; roads, water and power supplies were obliterated; and hundreds of thousands of people from Afghanistan to western Bangladesh were left homeless.

Among the worst-hit areas was Pakistan-administered Kashmir. Homes had been anhilated and remote mountain communities were cut off as they scrambled to find survivors, bury their dead, and ward off hunger and disease.

With the bitter winter approaching, it was vital the international community reacted fast.

Among the NGOs and expert teams 76 Royal Engineers of the 59 Independent Commando Squadron arrived in the Bagh region to bring aid and help rebuild communities.

With the help of ten Royal Marines, the team helped ensure local people received the medical treatment they required by building 17 health centres - including one for the World Health Organisation.

Determined to ensure youngsters could continue their education, they also built 30 large school shelters, including one to replace a girls' school in a village 6,000 metres above sea-level.

Despite the sub-zero temperatures and high altitudes, they also distributed food and clothing to remote areas during the ten weeks they were there.
On their way back from one delivery, the mountain road was blocked by an 11-vehicle aid convoy which had jack-knifed during a severe blizzard.

The vehicles leased by the Irish chairty GOAL were trapped in deep snow, blocking access for further aid to get through. Some of the vehicles were also perilously close to dropping over the cliffs.

But the engineers used their off-road vehicles to carefully drag the lorries from the cliff edge and the others to the road-side so more aid could get through.

GOAL chief executive John O'Shea said: "The assistance of the British Army meant we could get on with delivering essential supplies to the most vulnerable in earthquake-ravaged Bagh, Kashmir. We're indebted to the British Army."

Many of the engineers have recently been posted to Helmand Province, Afghanistan, for six months to support the security and reconstruction work.

"The outstanding work they did in helping the devastated people of Kashmir last year is a shining example of all that is best about our military," says Secretary of State for Defence Des Browne.

"The headlines are understandably dominated by stories about our troops' dedication and courage in combat - and when they are called upon to fight they are unsurpassable. But behind the headlines our people are even busier saving lives with the same quiet professionalism and determination.

The actions of the engineers of 59 Sqn typify this spirit and remind us why our armed forces make us all so proud."