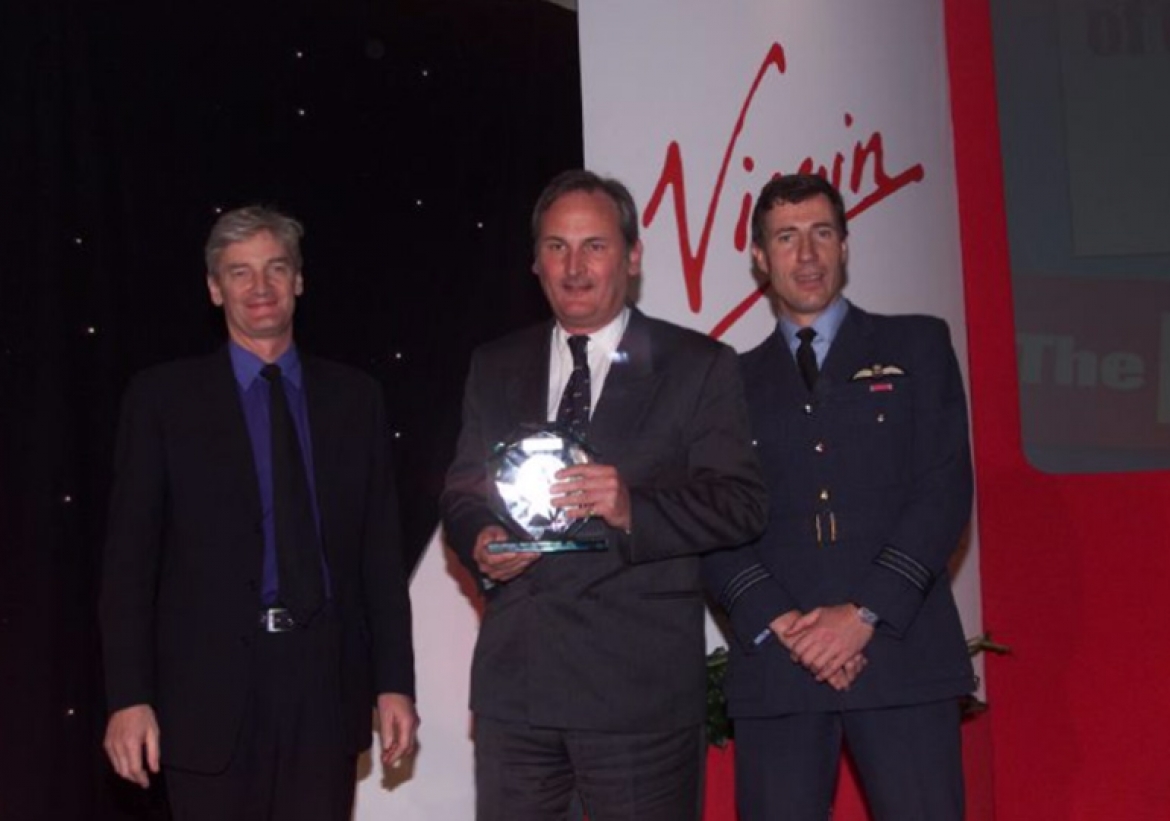 Pioneers of The Year

A sonic boom echoed across the Nevada desert - and Thrust sped its way into the history books, breaking the land speed record at 763mph.  It was a moment the nation felt proud to be British.

But for businessman Richard Noble - pictured above drenching his driver, Squadron Leader Andy Green, in champagne - it was a moment, which fulfilled a lifetime ambition.

It had taken Noble six years of battling against the odds to raise the £2.8million needed to see his dream of breaking the sound barrier realised.

He was rejected by dozens of major British companies who saw it as too risky.

But with unwavering vision, he refused to give up.

He had selected Andy Green from a list of 30 hopefuls for his skills as a jet fighter pilot, intelligence and remarkable hand-eye, co-ordination and reflexes.

Only three weeks before the record was set, Noble had no money in the bank - not even the airfare to America.

With just days to go before the record attempt, he and Green came up with a masterstroke.

They put an appeal on the Thrust Internet site.

They asked supporters to buy fuel certificates in 25-gallon lots in exchange for Andy Green's autograph.