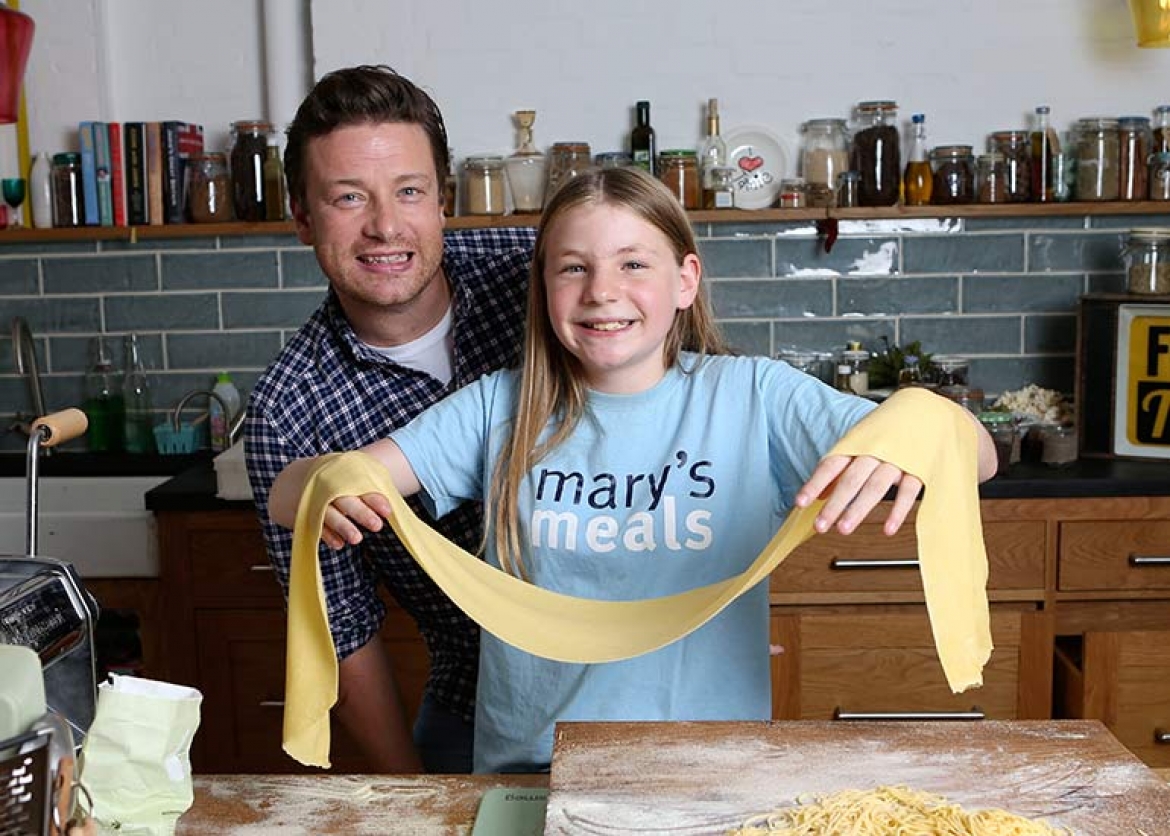 Fed up with dull school dinners, Martha Payne decided to showcase them in a daily blog - with astonishing results.

The budding writer was just ten when she launched Never Seconds in April 2012, posting pictures of her canteen lunches with a critique of each meal.

Much to her surprise, the blog went viral.

That was when quick thinking Martha had another idea that helped her raise more than £130,000 to provide healthy and nutritious food to some of the poorest children in the world.

Martha's remarkable journey started when her local council in Argyll, Scotland, temporarily banned her from taking photos of her school dinner for her blog.

Local newspapers told her story, and before long it was being reported by TV stations around the world and became a global internet phenomenon.

Soon politicians and celebrity chefs including Jamie Oliver had pledged their support for her blog.

But kind-hearted Martha had her Eureka moment after one reader posted a comment online, saying she was lucky to be able to have school dinners at all, as children in other countries have to go without.

Martha realised she could use her blog as a platform to raise money for those children, and asked readers to donate online to the charity Mary's Meals, which organise school feeding projects in poorer countries.

She says: "It made me sad that some children don't have anything to eat at all and I wanted to help this charity.  It feeds children in the poorer countries with a mug of porridge each day."

Martha set herself a target of £7,000 to help the charity build a proper kitchen in Malawi, Africa.

Donations began coming in thick and fast through a JustGiving fundraising page that Martha had linked to her blog.  She quickly smashed through her target, and now she has raised enough money to build the school kitchen in Malawi, feed all the children at the school for a whole year and feed children at different projects run by the charity across the globe.

Martha still cannot quite believe what she has achieved. She says: "To be honest, I didn't think I would do it, ever.

"When I watched the total going up, all I could think about was how many children it could feed."

And in October last year Martha - who continues to raise money for Mary's Meals through her blog as well as highlighting food poverty issues in countries around the world - travelled with her family to visit the kitchen as guest of honour at its official opening.

During her visit Martha had breakfast with 2,000 schoolchildren.  She also painted a name sign for the new building, and helped local volunteers to make the huge pots of porridge.  She recalls: "I was nervous when I saw all the children waiting but it was awesome to see the kitchen finished."

Martha also had her story published last November in a book she wrote with dad Dave.

He says: "Every book sold feeds 25 people in Malawi."

Martha adds: "I'm so proud that I've been able to do all this, but I think it just shows what you can do if you really try."

When Martha was told about the other children around the world who were going hungry, she thought, "Actually I can do something about that".  She clearly has a massive sense of direction and drive to help people.The Judges