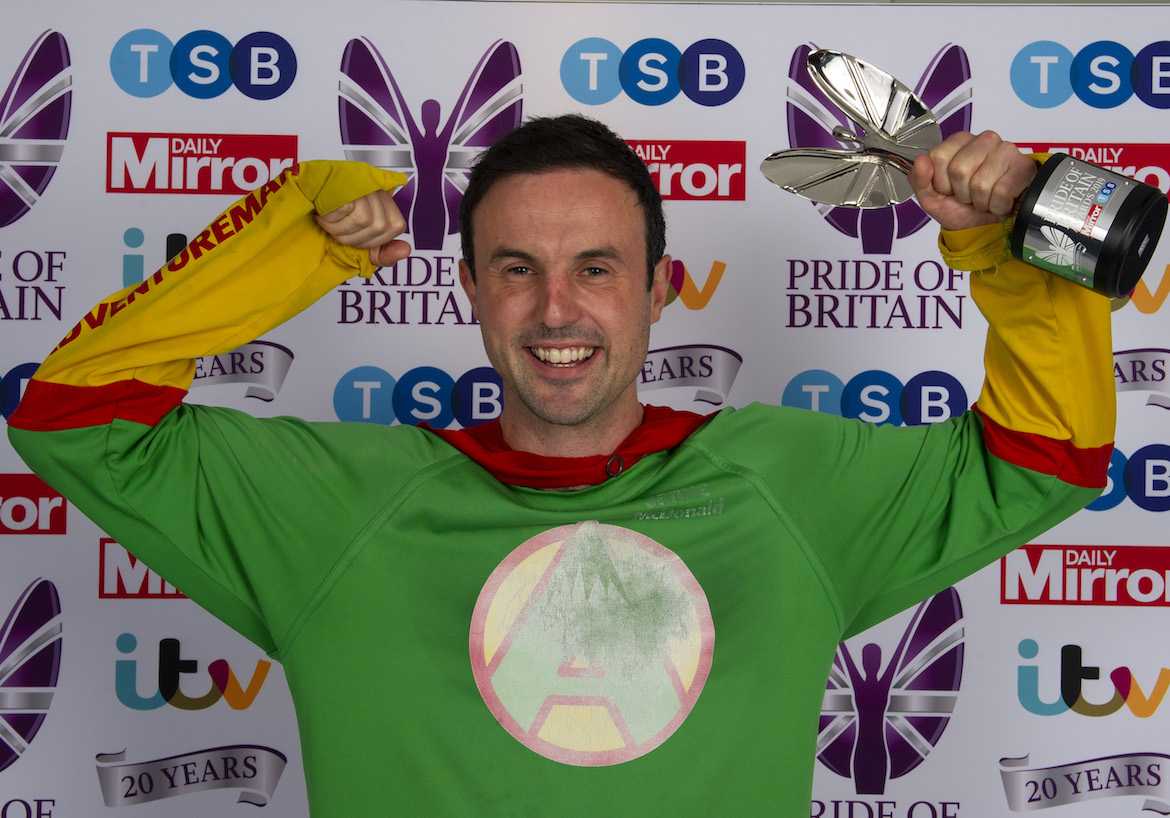 Jamie was born with syringomyelia, a rare spinal condition which saw him spend the first nine years of his life in and out of hospital. He also had a debilitating immune deficiency, epilepsy and problems with his legs, causing his family to fear he may never walk again.
But at the age of nine his symptoms eased, and with the help of doctors and nurses at Gloucestershire Royal Hospital, Jamie became more active, enabling him to play sports sports such as tennis, which saw a noticeable improvement in his condition.
At the age of 25, Jamie's fundraising ambitions started when he saved up enough money for a deposit on a house, but something didn’t feel right.
He says, "I went to go and put the deposit down, but then I got a gut feeling in my stomach - something’s wrong. So I ended up pulling out. I ended up buying a bicycle for £50 - it was one of the worst bikes known to man - and I flew to Bangkok."
In 2012, Jamie cycled 14,000 miles from Bangkok to his hometown of Gloucester, raising £10,000 for the hospital which had treated him as a child.
Two days after finishing the challenge, he made the decision to attempt the world static none-stop cycling record, which stood at 224 hours and 24 minutes. Pushing through sleep deprivation he managed to secure a world-record breaking 268 hours, more than 11 days.
In March 2013, Jamie ran across Canada, becoming the first person to run 5,000 miles - the equivalent of 200 marathons - from the Atlantic to the Pacific coast unaided. He battled -40C temperatures, a frostbitten nose and multiple injuries, raising £200,000.
That same year he founded the Superhero Foundation, a charity which grants money to families for treatment not otherwise available on the NHS, and for seriously-ill children around the world.
And in March 2019, Jamie set out on his most ambitious challenge yet, while dressed as his alter-ego Adventureman. He ran 5,550-miles across America battling 50C deserts, as well as dodging rattlesnakes and mountain lions. To date he has raised almost £1million.