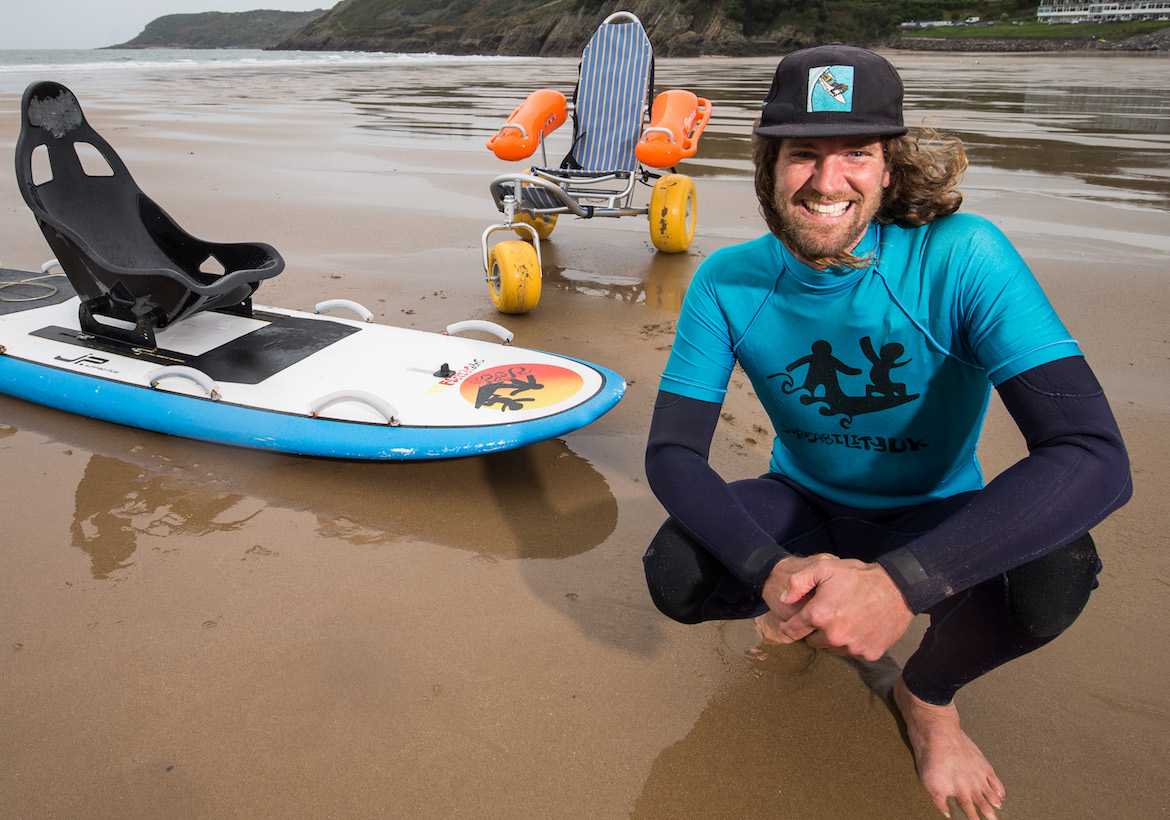 When a disabled person asks Ben if they can go surfing, his answer is always: “Of course you can.”
This mantra is the mission statement for Surfability UK, the country’s first fully-inclusive surf school, which Ben set up in Caswell Bay near Swansea in 2013.
He was determined to shatter the belief that disabled people can’t surf, and even goes to extraordinary lengths to help people with the most severe disabilities take part in the sport he loves.
If someone arrives at Surfability with a disability he has not seen before, he researches their condition and even invents new kit, such as the UK’s first seated tandem surfboard for people who cannot sit up.
It means nobody misses out, and Ben says: “Our youngest surfer at the moment is six and our oldest 73. I see them as individuals and I try to find a way to make it work for them.”
Ben, 34, is now a world-leader in new teaching methods and safety techniques. He is working with the International Surfing Association to develop standards for adaptive surfing, helping people with disabilities in surfing hotspots such as California, South Africa and Australia. He says: “For people to be excluded from things because of a disability, it seems wrong in this day and age. It shouldn’t happen.
“I know how frustrating it can be to not be able to do things.”
Ben, who was raised in inner-city Bristol, has dyspraxia which affected not only his balance and coordination but also his self-esteem growing up. At school he often felt left behind.
And when it was time to go to university, he chose Swansea as it was within reach of the ideal surf conditions of the Gower Peninsula.
After graduating, he qualified as a lifeguard and surf instructor, and Surfability UK came after he was invited to volunteer at a surf session in Devon for children with autism, and felt like more needed to be done.
He says: “It was incredible to see how much the young people were getting from it. They started off very anxious and had trouble communicating. But when you saw them catching waves they began to smile and interacted with people. It was changing people’s characters.”
Today Surfability supports more than 500 people. Thanks to Ben, they have an opportunity to defy their disability and take to the waves.