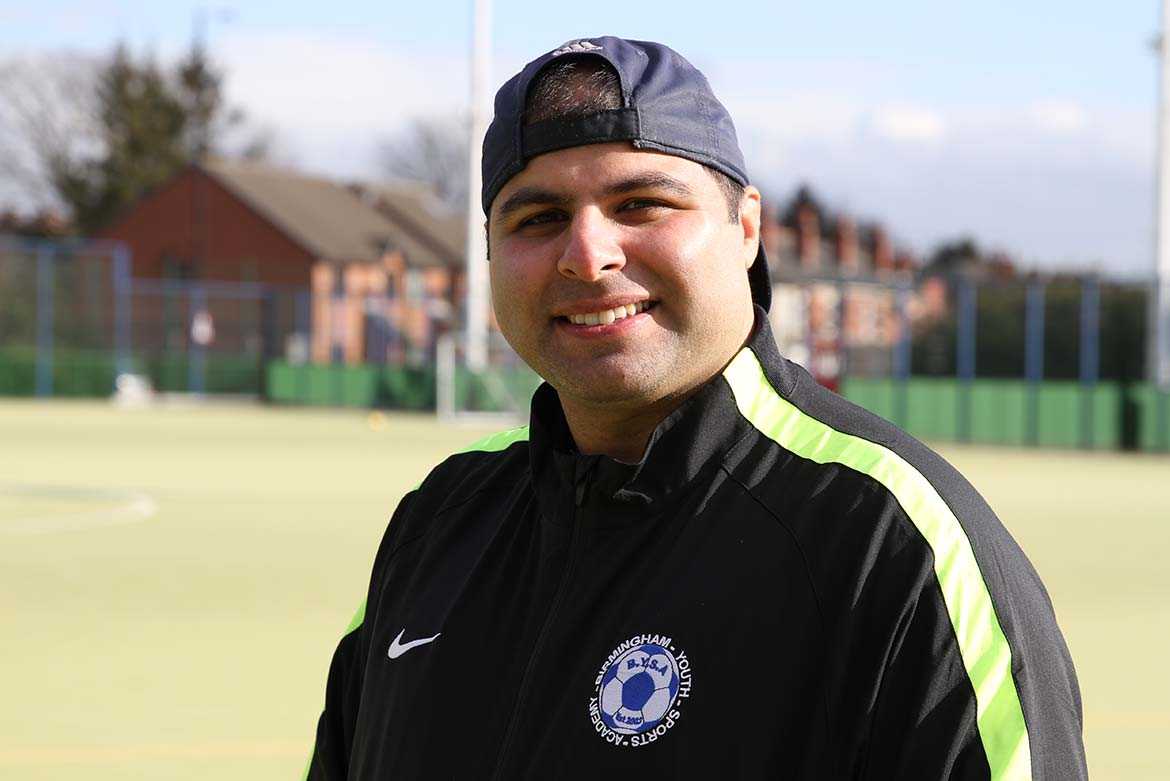 Anwar Khattak, from Small Heath, started the Birmingham Youth Sport Academy as a way to get his nephews and their friends to take part in sport at the weekend.

The academy promotes football to keep children and teenagers occupied and away from potential trouble.

Today, over 150 boys from the age of eight to 18 take part in the club, which was officially founded in 2002 after moving to the Small Heath Leisure Centre.

Since then Anwar, who works at a legal firm during the day, has worked with more than 1,000 youngsters from Small Heath, Alum Rock and Sparkhill.

The academy offers educational advice, mentoring and job-hunting tips, and as a result of their intervention many past members have now embarked on careers in sport. In 2015 Anwar was awarded a British Empire Medal for his voluntary service to the community.

He said: “The years that I have spent offering voluntary service through sports and education has been a challenge but very enjoyable. I have lots of great memories. I urge more people to get involved in voluntary work as it’s giving something back to your community and changing lives which is so rewarding in many ways.”

He tells us “My nephews were in Year 7 and I couldn’t find any free sport for them to do. I started by taking them to the park for football, and they brought along seven or eight of their friends each.Word of mouth got round and soon there were 30 kids showing up, then 60, then 100. That’s when I officially founded the club.”

To date, Anwar estimates that around 5,000 youngsters have been through the doors of the academy, with some even going on to train as sports coaches.

“Sport is not just about playing, it also teaches you about life and keeps kids off the streets,” says Anwar. “Life is about winning and losing, and the kids learn how to deal with that. It teaches them teamwork, team-building, leadership skills if they are a captain, and how to listen to others with respect.

“Most importantly, it teaches them about diet and nutrition, listening to instructions and integrating with people from all walks of life.

“We have seen it all. We have had kids from really deprived areas, from gang cultures, kids with learning difficulties and ADHD – and we’ve never had any casualties yet.”

While Anwar admits he gets a kick out of seeing the club get recognition, he reveals his real ‘buzz’ comes from seeing the kids off the sofa and running around outside.

“I get a real buzz of seeing the kids playing out and enjoying themselves. Our motto has always been to inspire potential to fulfil dreams, and that will always be our goal.”

Dawn Megginson, area director for TSB West Midlands, says: “The TSB Community Partner Award is all about celebrating the amazing work people do to help their communities thrive – and Anwar is a shining example of someone doing just this.

"Supporting young people not only on the pitch, but off the pitch too, and helping them to reach their full potential, is so important. It’s set to be a fantastic evening and I can’t wait to celebrate all of the remarkable things happening right across Birmingham.”