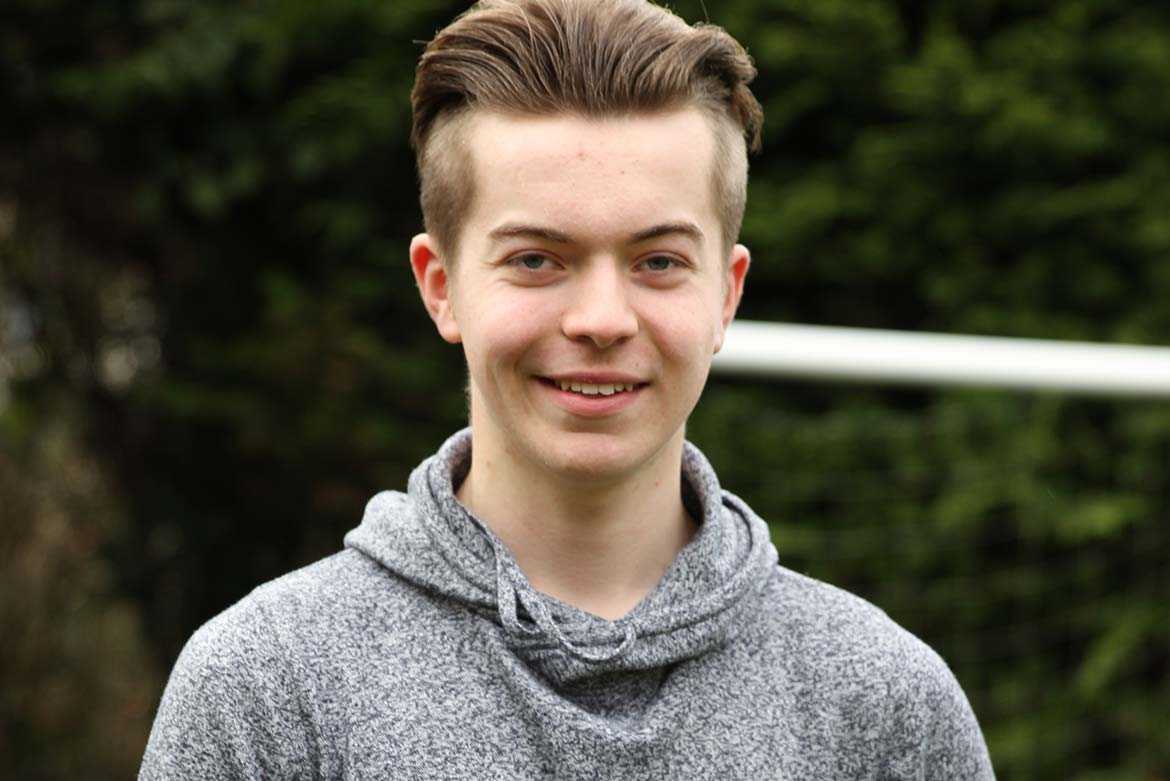 Mikey Akers was diagnosed with verbal dyspraxia, a rare neurological speech disorder, when he was two.

He struggled to learn to speak, and throughout his childhood needed intensive speech therapy to try and find his voice. He was eight before he could make himself understood to people outside his immediate family.

When he was 13, he wrote a poem called I Am The Boy about his struggles, and set up campaign organisation Mikey’s Wish to raise awareness and support other young people with the condition. His Facebook page now has more than 6,000 followers, and he personally responds to children and their parents all over the world with support and advice about dealing with verbal dyspraxia.

“Watching everyone around me finding talking so easy when I had to work so hard to find my voice was difficult,” admits Mikey, from Balsall Common. “Growing up knowing I was different; struggling every day in school; being sent to a senior school away from my friends because they had a learning support unit; not being able to express my intelligence either verbally or in my school work – it was all so hard. It did knock my self-esteem and confidence so badly.

He adds “Living with a diagnosis that no-one has heard of is also so lonely, even though I have always been surrounded by an amazing group of friends. I do believe, though, that it is my fight to find my voice that has moulded me into the person I am today. It has given me the fight to stand up for what I believe in, given me the compassion to want to help others in a similar situation to me and the determination and stubbornness to never give in until I achieve my ‘wish’. My group Mikey’s Wish has helped me realise just how many other people share my diagnosis and has helped me feel less alone.”

Mikey, who is studying photography at college in Solihull, has raised more than £5,000 for the Dyspraxia Foundation by organising events such as non-uniform days and selling wristbands, pens and keyrings. He has also donated £3,000 for his former primary school to pay for four children to have speech therapy.

“Mikey realised that all the support groups out there were from the point of views of parents,” says Mikey’s mum, Louisa. “He wanted to share his personal story, and also connect with others who were going through the same thing as him. When he was diagnosed, I had never ever heard of it, and he worked so hard to learn to speak. He’s very intelligent, but because it affected his literacy it was impossible for him to prove it so school was very hard. He’s so humble, but I am very proud of what he’s done.”
Mikey told us “Stephen Sutton was so inspirational that to win an award in his name is unbelievable and such an honour. It has made me even more determined to continue to inspire others, carry on raising money to support those who, like me, struggle with their learning and hopefully make Stephen’s mum proud.”

You’ve made us all proud Mikey, we can’t wait to see what you accomplish next.