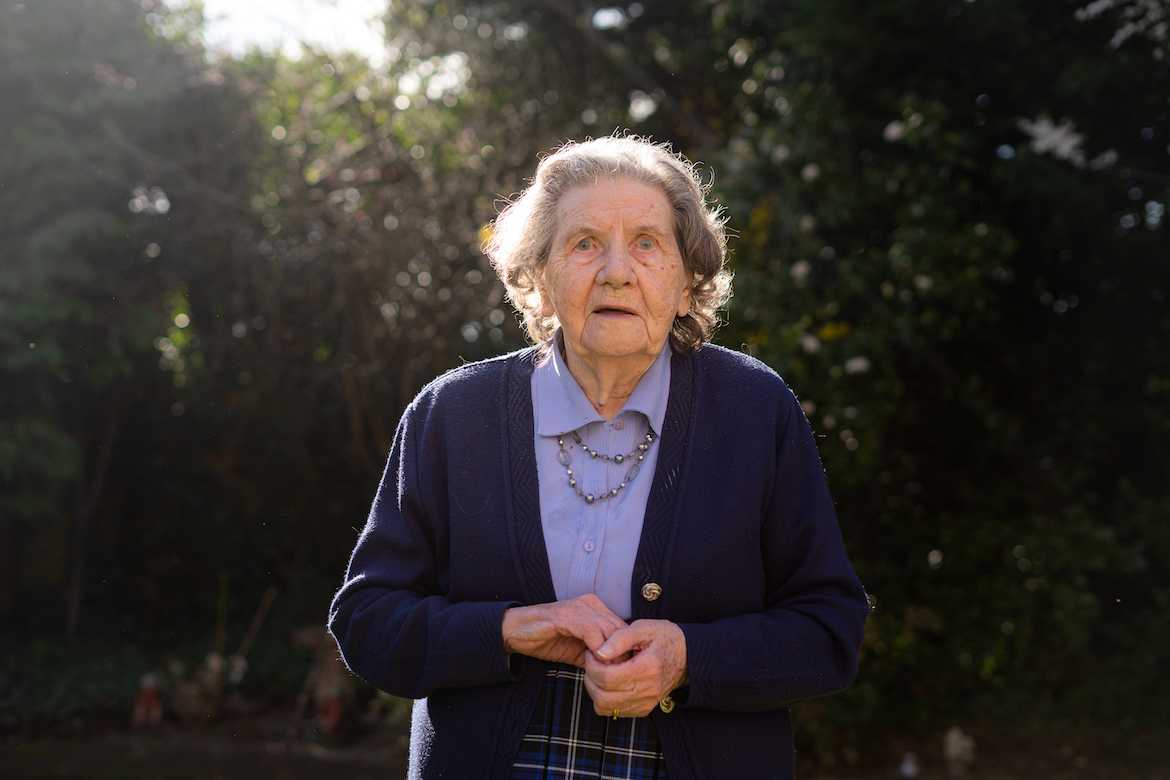 Fundraiser of the Year - Margaret Orbell

Started raising money for Birmingham Children’s Hospital after doctors saved her son in 1952 - and hasn’t stopped.

Mark is now 69, and his mum is STILL fundraising, and has now raised an estimated £40,000 to help the hospital care for other sick children and their families.

Her quiet dedication to helping others has earned her the title of Fundraiser of the Year at Pride of Birmingham 2021.

“It’s wonderful to be recognised,” she said. “But you don’t do it for rewards, you just do it to help people.”

Her epic dedication to fundraising has its roots in May 1952. She and her late husband Ronald had recently welcomed their first child when her mother’s instinct told her all was not well.

Four-week-old Mark was struggling to keep his milk down and his weight was dropping.

The concerned couple took their son to the local baby clinic, where a consultant from the hospital happened to be visiting.

Mark said: “Mum and Dad were quite worried and the consultant asked to look at me. She put Mum and me in her car and took us straight to the hospital, where I was operated on that night.”

It turned out that the baby had a condition called Pyloric Stenosis, a thickening of the muscle at the base of the stomach, which was preventing food from passing into the small intestine.

Without an operation called Ramstedt’s procedure to open up the passageway, Mark would have died.

Margaret said: “It was very frightening but the staff at Birmingham Children’s Hospital were absolutely wonderful.”

The surgery was a success and Mark grew up fit and healthy, and was joined by brother Stephen, now 66, and sister Miriam, now 63.

But the Orbells never forgot the lifesaving care of the doctors, and a few years later, they spotted a chance to repay their kindness.

“Once the extension was complete, we decided to carry on and give the proceeds to the hospital instead.

“Ron and I felt we owed a tremendous debt to them – the staff did a miraculous job and pulled Mark through and we couldn’t thank them enough.”

The couple were devoted to their fundraising for decades and Mark remembers the boxes of cards they would keep at home, always ready to make a sale.

He said: “I can remember my dad going to buy the cards. He’d get boxes and boxes of them, and wrapping paper.

“My dad worked at Kalamazoo and my mum worked at Cadbury’s, so they would sell them there and at church.

“Christmas was particularly busy. They had catalogues people could browse and make an order.

“The boxes would come in on Saturday and the bags of cards and wrapping paper would go out on Sunday and Monday.

“People would often drop in and ask to buy a birthday card or a sympathy card. Mum had them all there in the chest of drawers, labelled up.

“Dad was just as passionate about it as Mum. He would help her sort, price and bag the cards.”

Margaret, a former C&A seamstress and ledger clerk for Cadbury’s, never kept track of her fundraising total but her family estimate that she and Ron would send around £1,000 a year to the hospital at the height of their card selling.

When Ron died in 2012 at the age of 90, there was no question that Margaret – who has five grandchildren and seven great-grandchildren - would not continue with their charity work.

She said: “I’ll be doing this for the rest of my life. I know how dreadful it is for the parents who have a sick child and how worried you get.”

Anna Pendlebury, Regional Fundraiser at Birmingham Children’s Hospital Charity, said Margaret was an inspiration to them.

“She first started fundraising for us when we counted in pounds, shillings and pence, and she has raised thousands for us over the years,” she said.

“We can only begin to imagine the countless number of sick children Margaret and Ron have helped and supported over the years.”